Despite having a number of players missing and being two divisions lower than their opponents, Skipton Ladies battled for the full ninety minutes and should be proud of their efforts.

Hemsworth were always in control of the game and they took the lead following a corner, the ball went straight into the Skipton penalty area and was finished by a Hemsworth midfielder from seven yards.

The visitors continued to press and it wasn’t long before they added a second goal, following an excellent run and cross which beat the Skipton goalkeeper, the Hemsworth striker took the ball down and walked it into an empty Skipton goal.

Skipton continued to battle hard for the ball, but they struggled to get any further than the halfway line apart from the odd long ball which was sent over the Hemsworth back four which they coped  with and cleared almost every time.

Midway through the half, Hemsworth added a third goal following a lobbed ball over the top of the Skipton defence.  As the Skipton goalkeeper came rushing to the edge of her penalty area the Hemsworth striker bear her to the bouncing ball, before tapping the ball over the keepers head into an empty goal. 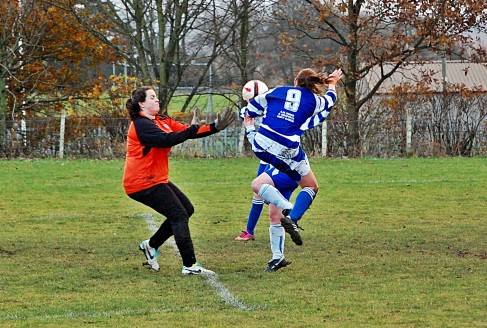 On forty minutes, Hemsworth added a fourth goal following a neat move through midfield it fell to the central midfield player at the edge of the area, who with a first time shot beat the two Skipton central defenders and the goalkeeper. 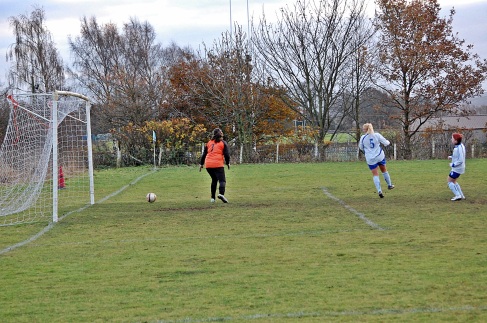 The second half went much the same way as the first, with Hemsworth having most of the possession and attempts on goal.  Hemsworth Ladies added a further foul goals in the second half to complete the rout. 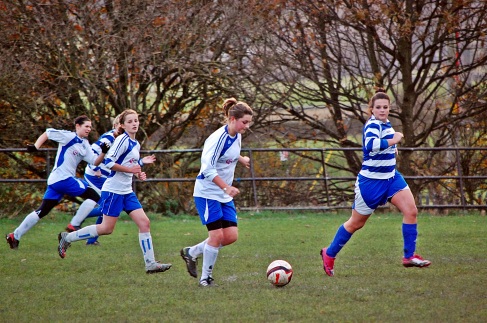 Skipton Ladies did manage a consolation goal around the seventy-fifth minute, which was an excellent strike from a Skipton midfielder for the edge of the Hemsworth penalty area into the top corner of the goal.

Despite the result, Skipton Ladies did themselves and the town proud as they battled for the full ninety minutes against a side that are two divisions above them.  After conceding eight goals, the heads of Skipton Ladies never dropped and it was a pleasure to see their commitment to the team, manager and each other throughout the game.