It was Bradford City who started the stronger of the two teams, as they kept possession of the ball and played some neat football from the back through midfield, it took Bradford just three minutes to break the deadlock, when an Annie Nicol corner found an unmarked Amee Ruszkai who tapped the ball home from six yards to give City a 1-0 lead. 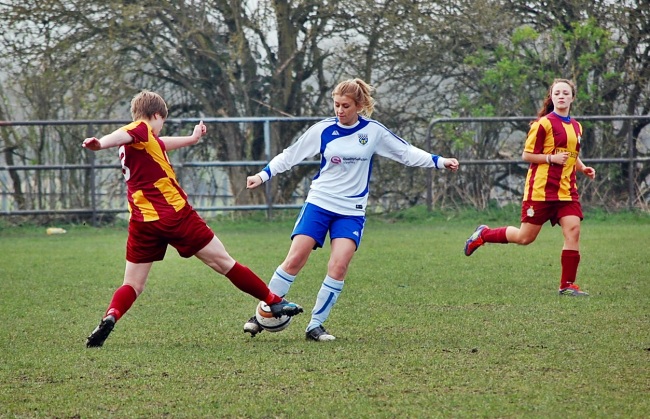 Skipton Town continued to battle, but they struggled to get the ball out of their own half. On fourteen minutes following an excellent ball from Ellie Rockett, it was Sophie Dickenson who got her name on the scoresheet smashing the ball into the top right-hand corner of the net from just inside the box.

The first controversial decision of the game arrived after twenty-four minutes, when referee Katie Hoggarth awarded Bradford City a penalty for handball. The decision looked a little harsh as the ball struck a defenders arm from short range.  It was the first penalty Bradford have received all season and it was expertly dispatching into the corner of the goal.

Just before the interval, Ellie Rockett collected the ball on the halfway line and had an excellent run and shot which was tipped over the Skipton Town crossbar by stand-in goalkeeper Harriott Midgley, Bradford went into the break at half-time leading 3-0.

The second half started much the same as the first with Bradford City putting Skipton Town under pressure, it took just five minutes for Bradford to add their fourth goal, when a cross from Kerry Playle enabled Chelsey Faulkner to get on the scoresheet with a tidy finish on fifty-two minutes.

Bradford City added a further five goals in the last twenty-five minutes, the fifth goal of the afternoon proved to be the second controversial decision from the referee Katie Hoggarth.  She failed to award an offside decision despite Amee Ruszkai being a good four or five yards offside.  Ruszkai now clear of the Skipton defence shot from the edge of the six yard box to convert her second of the goal, from a similar distance Ruszkai completed her hat-trick just 3 minutes later following a Nolan corner.

Bradford midfielder Kerry Playle took advantage of some weak defending by Skipton and burst into the box to tuck the ball into the net to make it 7-0 to City with 15 minutes remaining. Eight minutes before the end Annie Nicol got on the scoresheet following a good pass from Chelsey Faulkner . 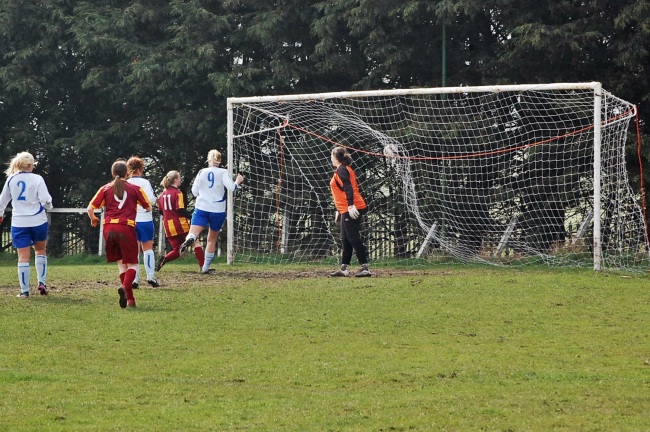 Amee Ruszkai rounded off an excellent performance adding her fourth goal of the game and 2 minutes from the end Chelsey Faulkner headed home a Annie Nicol corner to make the final score 10-0.