Bradford City Football Club have confirmed that eight players have so far left the club this week, the five senior professionals to leave the club are captain Gary Jones, Gary Thompson, Andy Gray, Matthew Bates and Louie Swain.  Also leaving are second year apprentices Jack Stockdill, Jack Bentley and Nathan Curtis who have been told that they will not be receiving professional contracts. 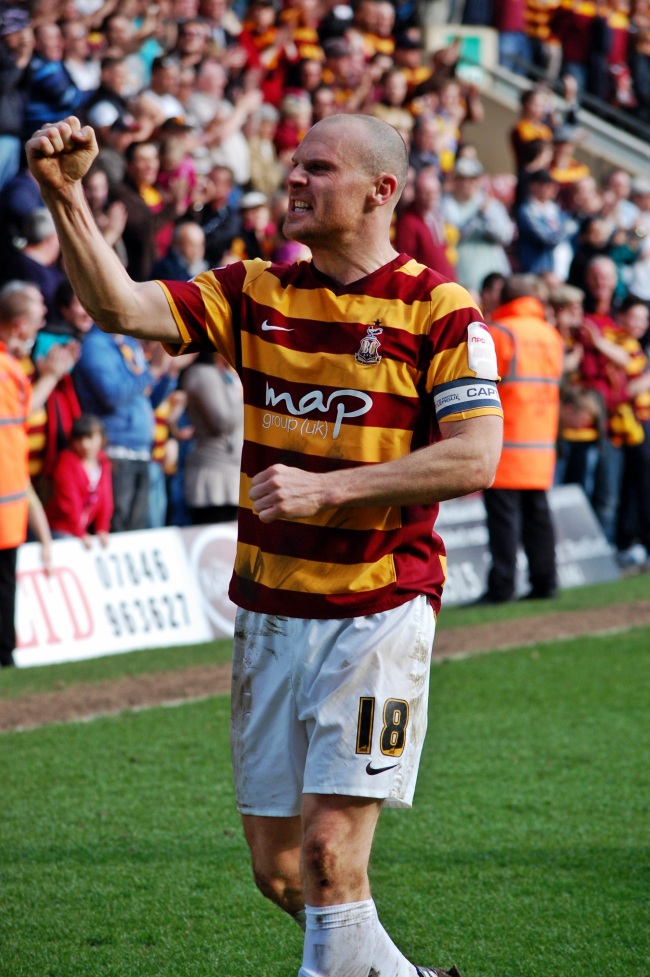 Despite only being with Bradford City for two season Gary Jones has become a massive fans favourite after leading the club as captain to two Wembley finals and guiding the club back to Skybet League One.

He started his career as a central midfielder at Caernarfon Town and has also played for Swansea City and Rochdale before signing for the Bantams 2012 where he became club captain.  Jones currently holds the record for the most appearances for Rochdale AFC where he made 477 appearances. 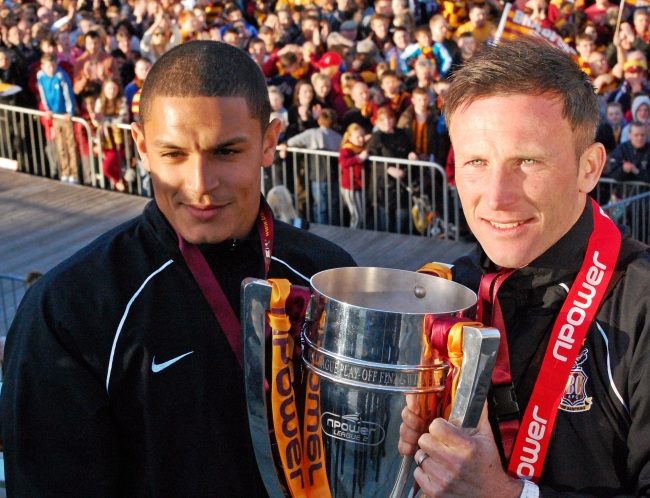 Gary Thompson started his career with Morecambe in 1999 where he spent nine years before transferring to Scunthrope United in 2008. He then spent four years at Scunthorpe before being released in the summer of 2012 when he signed for Bradford City.

Thompson scored and set up some important goals for the Bantams in the last two years, scoring against Arsenal in the Capital One Cup and also in the home leg of the play-offs to help the Bantams get to Wembley.  He turned provider in the showcase final at Wembley setting up both Nahki Wells and James Hanson’s goal to assist Bradford gaining promotion to Skybet League One.

Andy Gray followed in the family foot-steps when he signed for Leeds United in 1995 after his father (Frank Gray) and uncle (Eddie Gray) had both played for Leeds. Gray then had spells at Bury, Nottingham Forest, Preston North End, Oldham athletic, Bradford City, Sheffield United, Sunderland, Burnley, Charlton Athletic, Barnsley and then second spells at Leeds United and Bradford City.

Matthew Bates joined the club in October 2013 on a short term deal until January 2014 originally as cover for the injuried James Meredith, however his contract was extended in January until the end of this season.  Bates has also played for Middlesborough, Darlington, Ipswich Town, Norwich City and Bristol City. 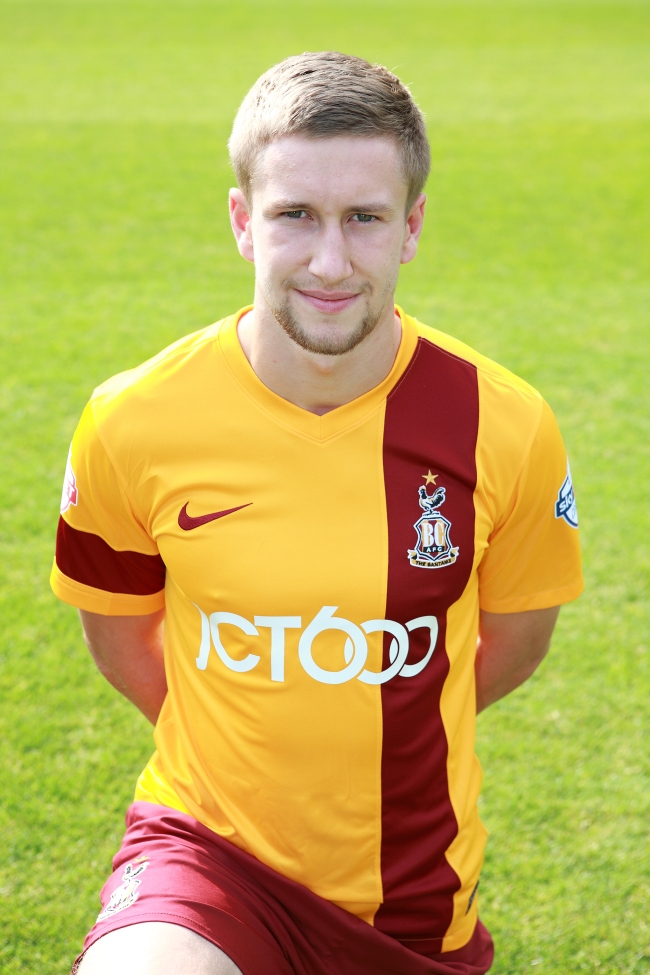 Louie Swain came through the youth ranks at Bradford City and was offered a first team contract at the start of the season, despite not making a first team appearance he has had loan spells at Bradford Park Avenue, Guiseley and Harrogate Railway Football clubs.

All three apprentice’s have been part of a very successful youth team squad this season, which won the Youth Alliance League and they also appeared in the Football League Alliance Cup Final against Colchester United.

During the season all three apprentice’s have appeared on the first team bench, but only Nathan Curtis has appeared as a substitute in the 1st round of the FA Cup in November. 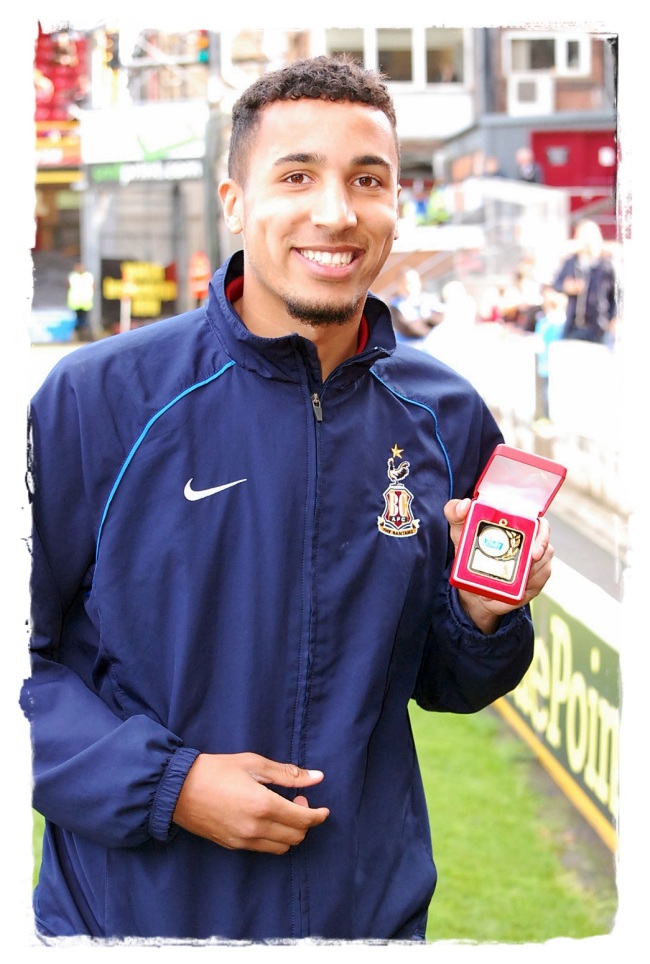 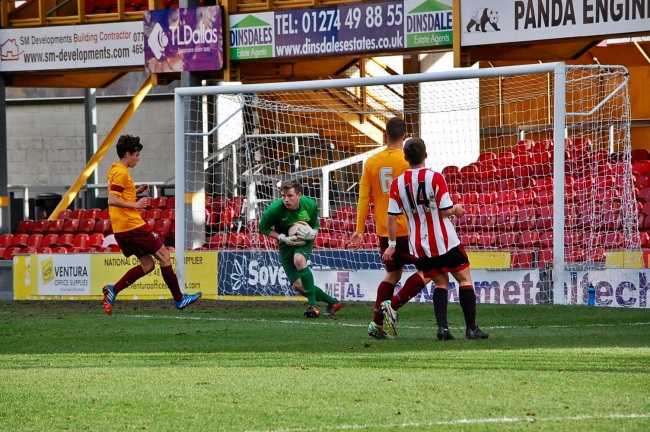