Halifax arrived at Cougar Park for a Yorkshire derby against an in form Keighley Cougars, the visitors took advantage of Keighley’s sloppy play and indecision to bring an end to the Cougars five game winning run. 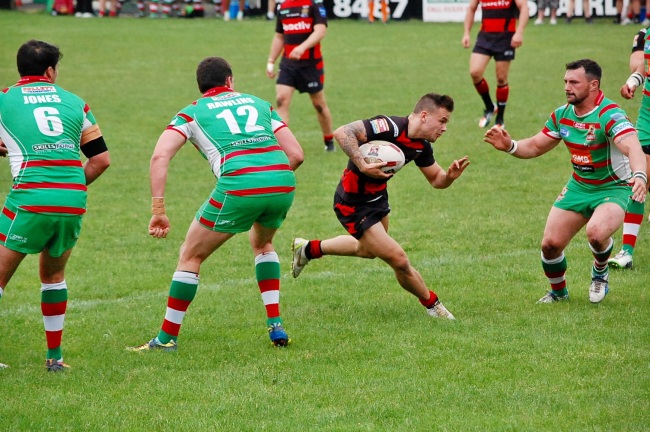 Following a slow start to the game the first try of the match went to Halifax on eight minutes, after a clear forward pass in the build up play the ball found it’s way to Ross Divorty who went pass three Keighley players before going over the line, the conversions was taken by Tyrer who give Halifax a six point lead.

Six minutes later, Ryan Fieldhouse took full advantage of some more poor defending by the Cougars, when he weaved his way through a gap in the backline and avoided a near collision with the referee before touching down under the posts, once again Tyrer scored the conversion to give Halifax a 12-0 lead. 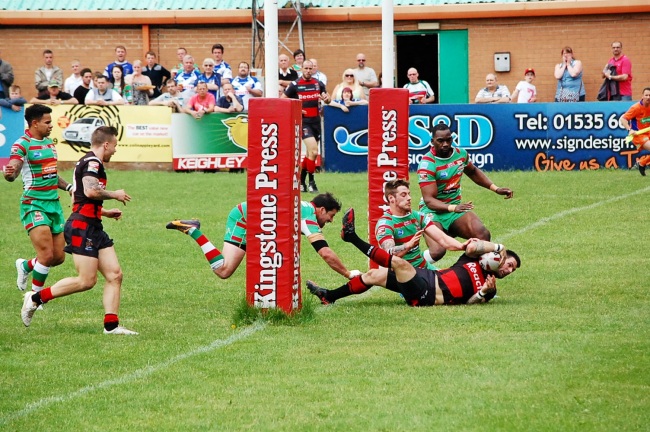 On the half-hour mark amid rising tensions, the cougars managed to get themselves back in the match when Jode Sheriffe some how managed to get the ball down despite being tackled by three visiting players, Jones stepped up to add the conversion and Keighley went into the half-time break trailing 6-12.

At the start of the second half it was Halifax who extended their lead after only two minutes, when Dane Manning waltzed into the corner to place the ball over the line to give them a ten point lead.  However this try seamed to wake the Cougars up and for the next fifteen to twenty minutes they had a period of domination. 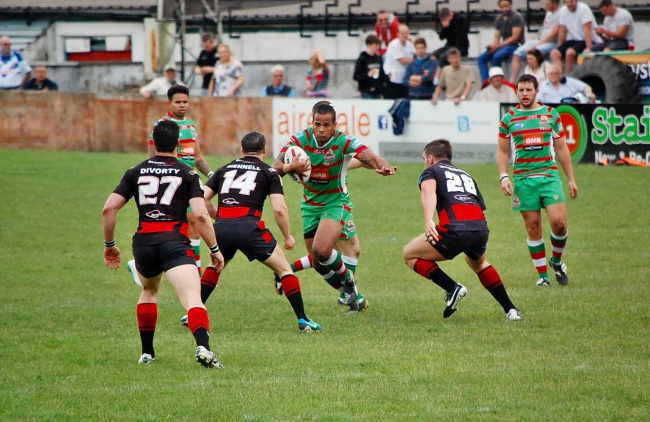 Following an excellent pass from Danny Jones it was Paul White who tried to fight his way passed the Halifax backline into the corner, but as he was held up by the Halifax defence he managed to offload the ball to James Haley who escaped a last ditch Ben Johnston challenge to score to make it 10-16.

The Cougars were now putting Halifax under some pressure as they had them pushed back on their line for long periods of time, Keighley then took advantage of this pressure as Man of the Match James Feather scored his first try of the season, taking the ball from dummy half to make the score 14-16. 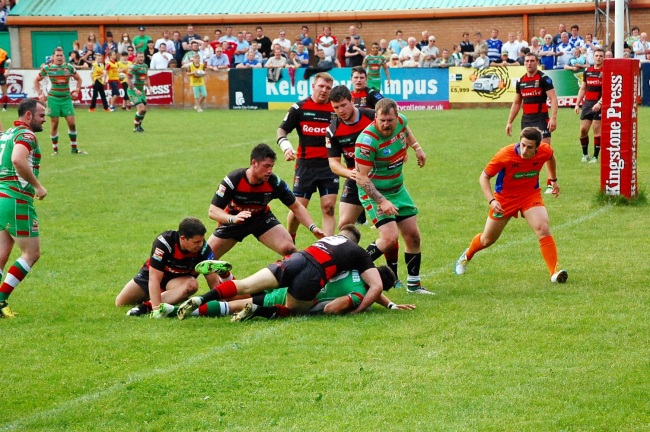 Unfortunately, the Cougars became impatient and allowed errors back into their game, which lead to Halifax’s Luke Ambler powering through the Cougars front line to score another try before Tyrer added the conversion to make it 14-22 to the men from the Shay.

The bonus point was eliminated and the game wrapped up with three minutes remaining as interchange hooker Paul Mennell collected a fantastic offload and raced forty metres to finish the afternoon’s scoring and give Halifax the win 14-28. 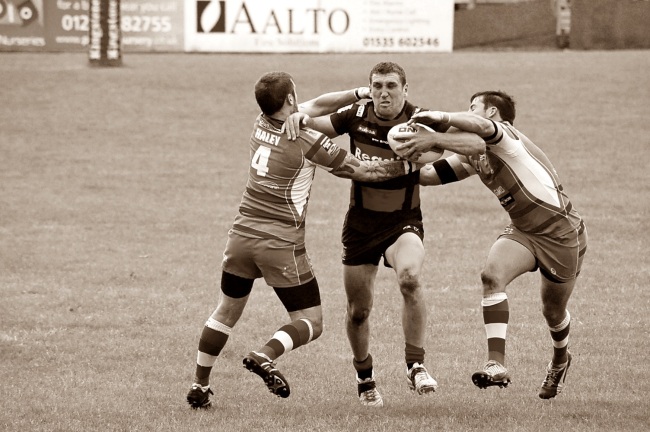 Speaking after the match the cougars coach Adam Mitchell said, “We need to stop making sloppy errors in the tackle, they scored a try with ten minutes to go and unfortunately it killed us.”

Keighley Cougars now head to the Select Security Stadium on Thursday evening to face Widnes in the Tetley’s Challenge Cup Sixth Round, where they will need to perform a lot better than today to make the next round.