Ilkley ladies started the stronger of the two teams and were in front after only five minutes following an excellent run and right-wing cross into the Skipton six yard box, the initial header it the Skipton crossbar only for the rebound to be headed passed Georgia Midgley in the Skipton goal to make it 1-0. 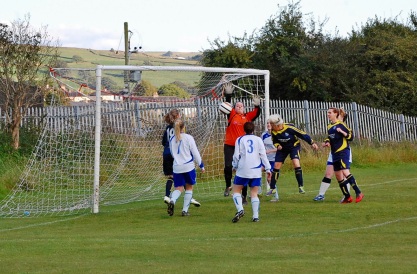 Skipton continued to show the same fighting sprit as they had last season, but with players missing and people out of position it was only a matter of time before Ilkley increased their lead.

Ilkley’s second goal came midway through the first following an excellent ball out of defence over the Skipton back-four.  The Ilkley centre forward chased onto the ball before sliding the shot passed an advancing Midgley to make the half-time score 2-0.

As the second half started and the sun set, so did Skipton’s hopes of getting back into the match, four minutes into the half Laura Stafford gave away a penalty after sticking out a leg in the area to trip the Ilkley centre forward, which made the score 3-0.

Skipton Town then tried to get back into the game with a long range effort that was well saved by the Holly Carter in the Ilkley goal.  About fifteen minutes into the second half Skipton made a few changes bring on Racheal Southam at the back and Tiff Firth as the main striker, but by this time Ilkley were well on top. 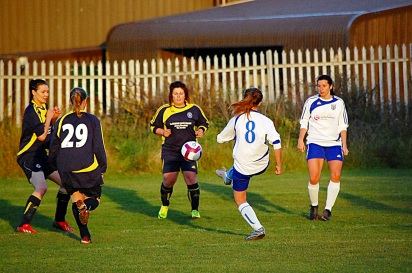 Ilkley extended their lead midway through the second half when Martina Stenlund struck a shoot from all of thirty yards that gave Georgia Midgley no chance in the Skipton goal, despite Midgley’s best efforts the ball sailed into the top corner to make it 4-0. 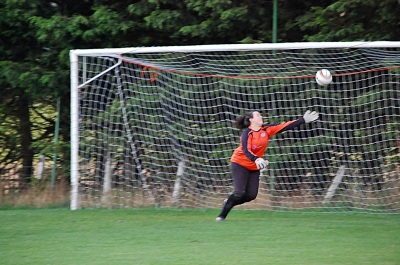 Ilkley were well on top now and looked like scoring every time they went forward, the fifth goal left the Skipton manager lost for word as the referee missed two off-side decisions in the one move before the Ilkley centre forward put the ball high into the Skipton net. 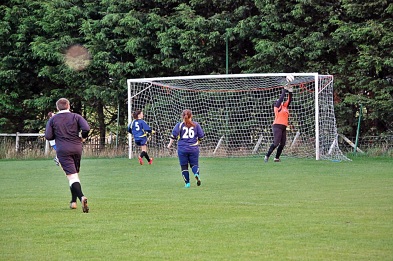 During the course of the game Skipton lost a couple of players to injuries, one of which was Natalie Binks who left the field with a suspected broken big toe, but despite the injuries Skipton did continue to work hard for each other and fight for the ball.

Towards the end of the match Skipton did concede a seventh goal from another set piece corner to make the final score 7-0 to Ilkley Town Ladies, but my Man of the Match award went to the Skipton Town number eight, who showed some great skill and touches on the ball, whilst also battling hard and winning the tackles in midfield.