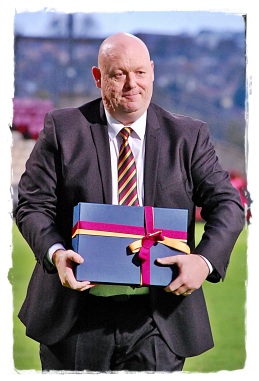 Bradford started well and had the first effort on goal after just three minutes when James Meredith crossed into the area for James Hanson, his left-footed effort from around ten yards was well saved by Sam Johnstone, who pushed the ball around the post.

On ten minutes, Filipe Morais’ low cross is deflected into the path of James Hanson but the striker’s drive across goal from an angle was well held by Johnstone in the Rovers goal.

Doncaster then had an excellent chance to take the lead on thirteen minutes, when Richie Wellens’ low drive from outside the box was pushed out by Jordan Pickford away from the on-rushing former Bradford City loan player Kyle Bennett.

Mark Yeates caused panic inside the Doncaster penalty area on twenty-four minutes when his free-kick fell to Filipe Morais, but his shot was well saved by Sam Johnstone before the Portuguese attacker’s second attempt is blocked by Paul Keegan.

A minute later, City appealed for a penalty as a Mark Yeates shot from just outside the box seems to hit Evina’s arm.  With the left back’s arm down by his side, referee Mr Kevin Wright waved away City’s penalty protests.

On thirty-one minutes,Wellens tries a snap-shot on the volley from a few yards outside the area, but his effort bounced comfortably wide of Jordan Pickford’s near post.

Striker John then went close as he flicks the ball away from the attentions of Reece Wabara inside the box, but his left-footed strike across goal rolls narrowly wide of Johnstone’s far post.

On forty-one minutes, Doncaster’s left-back Enina was unfortunately stretchered off with a leg injury following a fierce, but fair, challenge from Filipe Morais.  The defender was down for about six minutes before being taken to hospital in an ambulance.

City nearly took the lead after the restart, when a Mark Yeates inswinging cross was met on the stretch by McCullough, but his attempted headed clearance actually went towards goal, but Johnstone in the Doncaster goal made a fine save to push the ball round the post.

Bradford made use of the six minutes of injury time, as a purposeful run from Yeates sees the Irishman play the ball into the feet of John Stead, who turns into space before drilling a left-foot drive from just inside the area past Johnstone’s despairing dive to give City a 1-0 half-time lead. 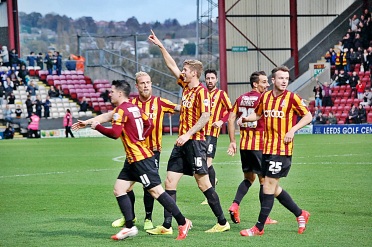 Doncaster started the second half the better of the two sides and on fifty-one minutes Kyle Bennett delivered a free-kick into the Bradford box that was narrowly headed wide of Jordan Pickford’s goal by McCullough.

Just before the hour mark, Doncaster Rovers drew level following a deep Liam Wakefield cross that was bundled in at the far post by Reece Wabara to make the score 1-1. 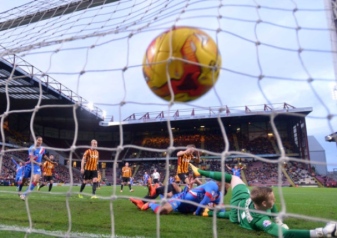 On sixty-one minutes, Forrester latched onto a ball in a pocket of space behind the City defence, but his drive from just inside the area flashed just wide of Pickford’s near post.

City then put Doncaster under some pressure as they tried to get control of the game again, Filipe Morais then had a strike at goal from outside the Rovers penalty area but his low left-footed drive rolled into the arms of Sam Johnstone.

Mark Yeates was then denied twice on sixty-six and sixty-seven minutes, his first shot hit a Doncaster arm but the referee turned down a second City penalty.  Yeate’s second effort was from a wide left position, his swerving angled strike from outside the area was pushed away by Johnstone.

Doncaster then hit City with a sucker-punch, Alan Sheehan seems to get his feet tangled as he tries to clear an attempted through ball from Wellens.  Curtis Main then found and the striker finishes with great aplomb via a fierce strike from the edge of the box.

On eighty-seven minutes, Filipe Morais crossed into the area which was flicked on by Billy Knott into the path of James Meredith but the defender’s diving header lacked power and Sam Johnstone comfortably saved, to leave the final score 2-1 to Doncaster Rovers.

Speaking after the match manager Phil Parkinson said, “It is a really frustrating afternoon for us.  There have been times this season when I’ve stood here and we probably haven’t deserved anything but today certainly wasn’t the case.

In the first half in particular we were excellent but we perhaps lost our way a bit around the period that Jon Stead came off.  He got a bit of a dead-leg at the back end of the first half. He wanted to try and carry on in the second half but he clearly wasn’t quite ready.

All in all though, I thought we showed bravery on the ball, endeavour and work-rate off it, and we certainly deserved something out of the game.  That moment late on in the second half when Alan Sheehan’s header from a corner has hit one of our own players instead of going in just about summed our day up really.

When we haven’t won at home in a bit and we are playing at home again, the bravery shown on the ball from the lads today, especially from the likes of Billy Knott and Mark Yeates, was top class.  If the lads keep playing the way they did today, I can’t complain. I think that is key. 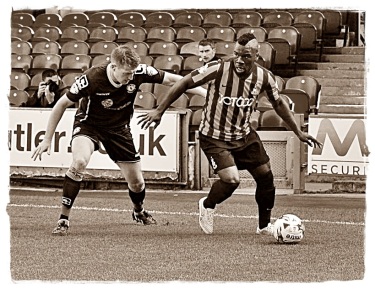 Striker Aaron Mclean missed out on the Doncaster defeat altogether after Parkinson decided not to even name the striker on the bench.  Parkinson revealed that Mclean has been made available for loan in a bid to free up some funds for the City boss to possibly use on a new recruit.

There are a few clubs who are interested in taking Aaron on loan and I’ve told him that I’m happy for him to go because it will give us some money to work with to bring someone else in.  With that in mind, we felt it was best to leave Aaron out today.