Bradford City can confirm they have completed the transfer deadline signing of defender Gary MacKenzie from Championship side Blackpool on loan for the rest of the season.

The former Rangers, Dundee and Milton Keynes Dons central defender has played in 210 league games in just over his ten year career.  The Scotsman becomes the second Blackpool player to join the Bantams on loan this season following the arrival of forward Francois Zoko back in November. 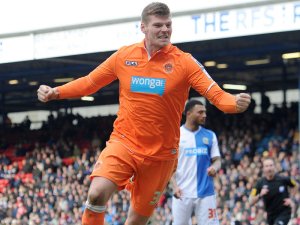 The Lanark-born centre half started his career at Glasgow Rangers back in 2004. MacKenzie also spent four seasons with Dundee during his time in his native Scotland.

MacKenzie made the move south of the border to play for Milton Keynes Dons in 2010. After three years with the Dons, MacKenzie joined Blackpool.  A former skipper at Blackpool, he made 47 appearances in the Championship for the Seasiders following his move from stadiummk back in March 2013.

The defender also has experience of two and a half seasons in Sky Bet League one with MK Dons, MacKenzie also featured in the Play-Offs in successive seasons for MK Dons.