Burnley Football Club have today confirmed that midfielder Ross Wallace will be released at the end of the season, the Scottish International’s contract expires after 5 years at Turf Moor. 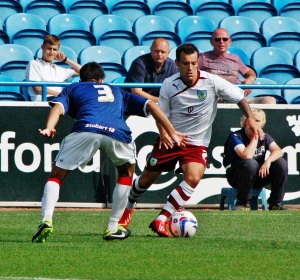 Wallace will leave Turf Moor following the final game at Aston Villa this weekend, having made 165 appearances and scoring 14 goals, including the injury-time equaliser at Leicester City in the current Premier League season.

Speaking about being released Ross Wallace said, “It’s a sad day for me to be leaving Burnley, I have thoroughly enjoyed five terrific years at the club and made many friends.

I would like thank the manager, his staff, the players and the supporters for all their backing and I wish the club every success in the future.” 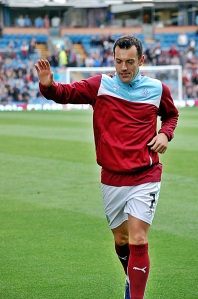 Burnley manager Sean Dyche added: “With the outcome of the season now clear we have met with the players to put them in the picture.  Ross will be leaving and, of course, we thank him for his contribution to the club and we wish him well in the future.”