Bradford City issued a club statement at midnight on Friday 29th May 2015, which said the exclusivity period agreement with Mr Gianni Paladini had ended without a deal being completed.  Therefore the current chairmen Mark Lawn and Julian Rhodes would continue going forward into next sesaon.

Mark Lawn has issued a statement to assure supports that Bradford City will be well placed to push for promotion next season after Gianni Paladini’s takeover collapsed.

The joint-chairmen and Professor David Rhodes each hold a 33.3 per cent equal stake in the Club and Mr Lawn insisted it was business as usual at Valley Parade.

Speaking to the local newspaper Chairman Mark Lawn said,  “If people are panicking they shouldn’t be becuase we’ve still been preparing for next season as if myself and Julian were still going to be in charge. 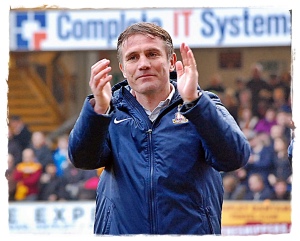 The manager knows that, he knows his targets and the budget, we have agreed on players for him to look at and I believe we are going to have a stronger squad than last year, with the players we are bringing into the club. 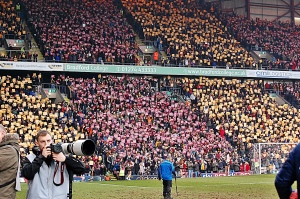 The club is in good hands with strong leadership and stewardship and we have dropped season-ticket prices to fill the stadium.  We’ve already got a good side and we’re going to add to it, so let’s pack Valley Parade and get it rocking and rolling for next season.”