Burnley Manager Sean Dyche has this afternoon confirmed that Kieran Trippier is close to joining Tottenham Hotspurs after completing a medical at White Hart Lane today.

Tottenham are said to have triggered a close in Trippier’s contract which allows him to speak with other clubs should Burnley receive a bid of £3.5 million.  The full back has been outstanding in his time at Turf Moor making 184 appearances, scoring 6 goals. 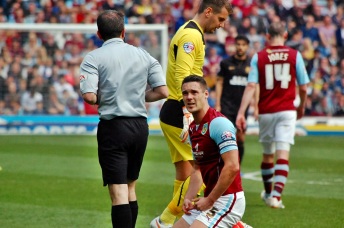 Derby County have confirmed they have had a bid of around two million pound turned down by Burnley Football Club to re-sign former captain Jason Shackell from Burnley.

Shackell, who was the Rams skipper in his one season with the club, playing 49 games before joining Burnley in 2012.

The Clarets centre-back made 39 appearances for Burnley last season whilst playing in every Premier League match.