Glasgow Rangers have today confirmed the signing of Andrew Halliday on a two year contract with an option for a third year.  Halliday has been on trial with the Rangers since his contract expired with Bradford City at the end of the 2014/15 season. 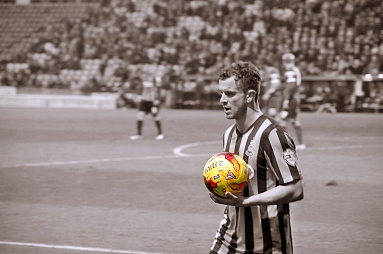 Andrew grew up just metres away from Ibrox and the midfielder was a member of the Rangers Academy until he was 15-year old.  He then moved to Livingston, where he started his senior career and made over thirty appearances for the Lions.

The youngster was then snapped up by Gordon Strachan at Middlebrough in the English Championship, he spent four years at the Teeside club.  During his time with Boro Halliday was loaned out to other English clubs, including Blackpool and Walsall.

But it was Bradford who provided the next big step in his young career when he signed for the League One side permanently in the October of last season.  Halliday was instrumental in Bradford’s historic FA Cup win over Chelsea 4-2 in the FA Cup, he scored the third goal in a game that has been dubbed one of the biggest cup shocks of all time.

Speaking about the signing Rangers manager Mark Warburton said, “Andy has done really well for us.  At twenty-three he brings a good number of league appearances here for a young player and he will add real quality to the squad.”