Bradford City have today confirmed the signing of experienced centre back Nathan Clarke on a one year contract, Clarke has become Phil Parkinson’s sixth signing of the summer after joining the club from Leyton Orient.

The Halifax born defender has joined City on a free transfer after officially leaving Orient on Monday, however he was at the Coral Windows Stadium on Saturday to watch his colleagues beat Carlisle United 2-0 in the latest pre-season friendly.

The defender’s move to the Coral Windows Stadium will see him return to West Yorkshire having begun his career at Huddersfield Town.  Clarke made his professional debut for Huddersfield in September 2001, aged only seventeen after coming through the Terriers’ youth ranks.

Clarke made exactly 300 appearances for Huddersfield, twice playing in the League 1 Play-Off semi-finals (2006, 2010) for the Terriers.  He also enjoyed loan spells with Colchester United, Oldham Athletic and Bury during his eleven-year pro career at Huddersfield. 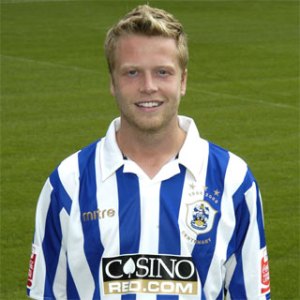 Along with his commendable defensive qualities, Clarke also possesses a huge long throw-in that can be utilised at attacking set-pieces.  One of the main highlights of Clarke’s Orient career came when he led them to the Sky Bet League 1 Play-Off final against Rotherham United back in May 2014.

Clarke made 131 appearances for Leyton Orient having joined the London-based club in 2012, however following his transfer to Bradford City he will now be available for tonight’s pre-season friendly at Whitley Bay.