Bradford City have confirmed they have pulled off a major new signing ahead of the new season with Paul Anderson joining the club on a two year contract from Ipswich Town.

Anderson, was at the Coral Windows Stadium yesterday morning to complete his move, before travelling with the squad for the final pre-season friendly of the summer against Burnley at Turf Moor.

The twenty-seven year old right winger has proven Championship quality and he arrives at Valley Parade on a free transfer following his departure from Ipswich Town earlier this summer. 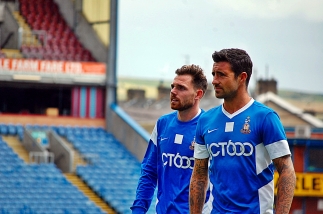 Anderson leaves Portman Road with seven assists to his name for last season, the most of any Ipswich player and two goals, including one in the Tractor Boys’ Play-Off Semi-Final first leg with local rivals Norwich City.

He played 38 times for Ipswich during the 2014-15 campaign, making 71 appearances in total for Mick McCarthy’s side in his two-year spell at the club.  Before his time at Ipswich, Anderson has also played in the Championship for Bristol City and Nottingham Forest.