Burnley Football Club have this evening confirmed the signing of free agent Joey Barton, the former Queens Park Rangers midfielder has penned a one year deal at Turf Moor.

The Clarets beat off a number of strong Premier League clubs for the experienced midfielder, who made twenty-eight appearances in the Premier League last season.

Barton began his career at Manchester City and made his first-team debut against Bolton Wanderers in April 2003.  During his time at the Etihad, his performances earned him an England U21 call-up for the 2004 European Championships.

Barton was called up to the senior England side after his impressive club form.  He was a 78th minute substitute, replacing Frank Lampard in a 0-1 defeat to Spain at Old Trafford. 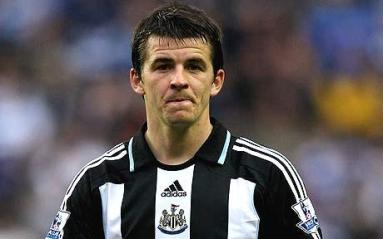 After making over 150 appearances at Manchester City he transferred to Newcastle United for £5.8 million.  Burton then spent four years on Tyneside, helping the Toon to bounce straight back to the Premier League.

After 84 appearances at St James Park, he joined Queens Park Rangers on a free transfer in 2011. His combative, all-action style endeared him to the Loftus Road faithful and he became an integral part of their side.

But having being unable to help prevent relegation from the Premier League in the 2011/12 season, Barton spent a year on loan at Marseille in Ligue 1.

He then returned to QPR and helped the club return to the top-flight via the Play-Offs after a 1-0 win over Derby County at Wembley.

Speaking about the signing Burnley manager Sean Dyche said, “I’m delighted that we have Joey on board.  He was very respectful when speaking about our club at the end of last season and during the summer.

We had many conversations and he made it clear he was very interested in what we are about and that coming here was something he would consider.

He is player who is in demand and who others think highly of. I know there is other stuff to his life and character, but on the pitch I think everyone speaks well of him and he is certainly someone who I think can get the culture and the understanding of what we do here.”