Burnley Football Club have today confirmed that midfielder Dean Marney has signed a new two-year deal which will keep him at Turf Moor until the summer of 2017.

Marney who is nearing full fitness after suffering a cruciate knee ligament injury in February is delighted to have sealed a new deal at Turf Moor. 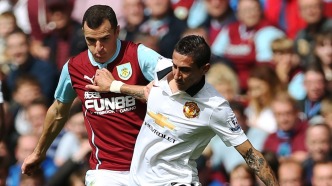 Speaking about his new contract Dean Marney said, “I’m over the moon to secure my future for the next couple of years.  I love it here, if it was a five years deal to stay here at the club, then I would have signed that straight away.

I’ve said from day one, it’s a great club and the last few years have been great years for myself personally and for the club, so I obviously just want to be a part of the future and I’m really looking forward to the next two seasons.”

Marney a former Tottenham trainee picked up the injury in the 2-2 draw with West Brom in last season’s Premier League fixture is confident of a return to the team in the not-too-distant future. 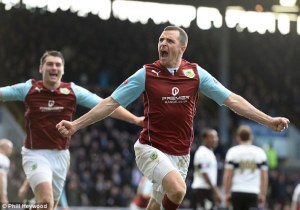 Speaking about his injury he said, “It’s progressing really well, I’m quite a bit ahead of where I thought I was going to be at this time.  I had a tiny little setback which has maybe added on a week or two, but I’m hopefully playing a game next week and then crack on from there really.

I think you look at the squad now compared to the squad that went up before, there’s a lot more competition for places now.  Obviously the squad was a lot smaller, you look at the other night and how strong the bench is and there are players to come back to fitness.”