Bury Football Club are delighted to confirm that free agent Chris Eagles has put pen to paper on a deal with the shakers that will see the former Bolton Wanderers and Burnley winger remain at Gigg Lane until the end of the current season. 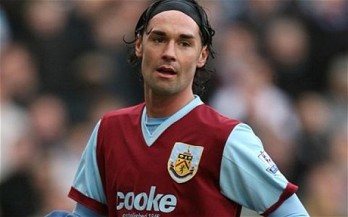 Eagles, 29, began his career with Manchester United before making his name at Turf Moor and latterly Bolton Wanderers.  He has been without a club since joining Charlton Athletic on a short-term deal in May and has recently taken part in training at League One rivals Coventry City on a trial basis.

A talented winger with a host of experience at Premiership and Championship levels, Chris has amassed a total of 345 appearances, scoring 55 goals along the way.

Speaking about the signing Bury manager David Flitcroft said, “We would like to welcome Chris Eagles to the football club, he is a player that represents what our club is looking for as a player.

Chris is an exceptional talent that needs a support structure that can help him realise his undoubted potential. We believe if we can get Chris back to his best then we will have an excellent addition to our already young and talented squad.”