FC Halifax have today confirmed that manager Darren Kelly has left his post by mutual agreement after only 10 games and 47 days in charge. 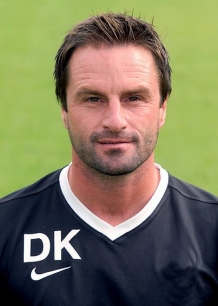 The Shaymen are currently bottom of the Vanarama National League, ten points adrift of Boreham Wood who are just above the relegation places, following Saturdays 6-3 defeat to Briantree.

The former Oldham Athletic manager was appointed by FC Halifax on the 1st October 2015, but having won only two of his ten games in charge conceding thirty-seven goal in all competitions.

The club issued a statement saying, “Notwithstanding the difficult situation and the short time in charge.  It’s felt that an uplift in performance and results has not been forthcoming, despite investment in the first team.