Manchester City women started their 2016 season with a pre-season at the City Academy Stadium were the 1,027 fans were treated to a fantastic display of football from City, who handed debuts to new signings Jane Ross and Kosovare Asllani.

Ross and Asllani both went close to opening the scoring early in the game, Asllani had an effort that smashed against the crossbar, before Ross saw a header cleared off the line.

City took the lead on twenty-two minutes following a long ball from Lucy Bronze over the Rosengard defence, Jane Ross collected the ball on the right wing before crossing for Isobel Christiansen to score from six yards out at the back post. 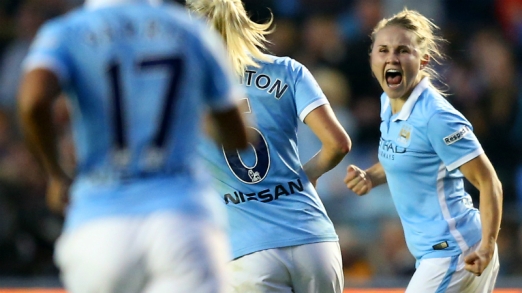 Set piece specialist Houghton nearly added a second shortly before half time but Rosengard ‘keeper Zecira Musovic was alert to the danger and palmed her free kick around the post and out for a corner.

At the other end, Karen Bardsley was called into action for the first time with almost the last kick of the first half as she saved down low to prevent Rosengard levelling the scores.

City manager Nick Cushion made three chances at half-time with Hourihan, Campbell, Parris replacing Bardsley, Bronze and Asllani.  The chances had an effect straight away when Parris collected the ball on the left-wing before getting to the edge of the box and crossing for Toni Duggan to score from six years. 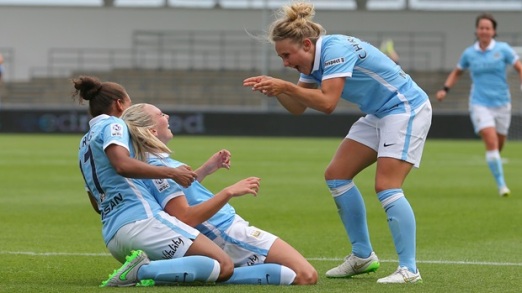 Rosengard reduced the deficit on fifty-seven minutes, when Steph Houghton diverted an Alexandra Lowe Riley cross passed Hourihan into her own goal, to make the score 2-1 to Manchester City.

Thirteen minutes later, a free-kick from Isobel Christiansen found Steph Houghton at the back post and her bullet header from six yards left Musovic with no chance, to make the final score 3-1. 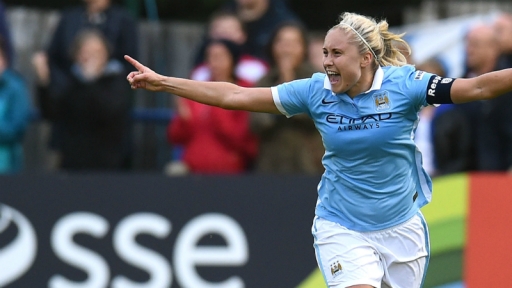 The team will not fly out for a pre-season training camp before returning to face Pitea IF in a friendly on Wednesday 25 February, 1pm kick off at the Academy Stadium