Bradford Park Avenue have this morning confirmed they have brought in young duo Dylan Mottley-Henry and Reece Webb-Foster on a month’s loan from neighbours Bradford City.

Both players have made first team appearances at Valley Parade, forward Webb-Foster becoming one of the Bantams’ youngest ever players when he appeared at MK Dons in September 2014.

Despite being only 17 years of age, Webb-Foster is thought of very highly at Bradford City and last September the club offered him a three-year contract which he signed.

Mottley-Henry has already spent time out on loan this season at Vanarama Conference side Altrincham, however the City recalled him this week so that he could join Park Avenue instead. 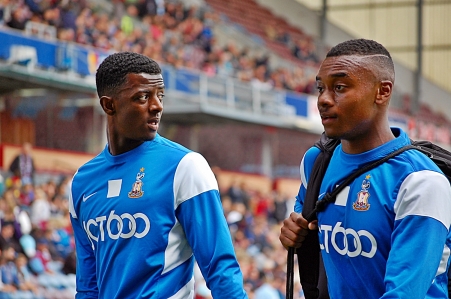 The 18-year-old made one start and five substitute appearances in his month at the National League outfit.

The pair will go straight into the Park Avenue matchday squad for the trip to Curzon Ashton on Saturday.