Rouwen Hennings scored both goals for Burnley today in a 2-0 behind closed doors friendly win against Preston North End, but the big news for Clarets’ fans was the return of Ashley Barnes who played the first half of the game. 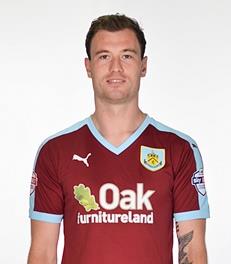 Barnes has been out since the end of last season, suffering a ruptured anterior cruciate ligament in the 1-0 win at Aston Villa in our last Premier League game of the season. That’s just nine months ago and the brilliant news is that he is now back out playing football again.

He featured in a strong Burnley side that also included Dean Marney with Lloyd Dyer making his first ever appearance for the Clarets.

Dyer was involved in the first goal, using his pace to get clear down the left before crossing for Hennings who rifled home from around the penalty spot.  Barnes himself came close to a goal before getting an assist on the second.

Kightly played a diagonal ball into the box which was controlled by Barnes to tee up Hennings for his second.