Sean Dyche and his team are currently unbeaten in ten games as their look to continue their push for an automatic promotion.  The Clarets go into the game against local rival Blackburn Rovers second in the Sky Bet Championship, having not lost any of the last six East Lancashire derbies.

Burnley started the stronger of the two sides and had the first attempt in the opening minute, when Sam Vokes chested down the ball to Andre Gray at the edge of the box, but despite getting his shot on target Gray was ruled off-side.

On five minutes, Joey Barton collected the ball at the edge of the Blackburn area and hit a left-foot shot which was well blocked by Shane Duffy who conceded a corner.

Two minutes later, Andre Gray made an excellent run before finding Joey Barton in the blackburn area with a cross, however Barton’s left-footed shot was well blocked by the Blackburn defence.

George Boyd then went close with a with an attempt from the centre of the box which was well saved by Steele in the bottom right corner of his goal, following an excellent cross from Stephen Ward. 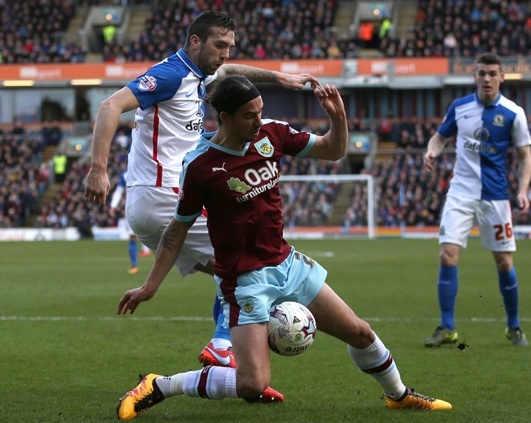 On thirteen minutes, an excellent through ball found George Boyd in the penalty area, as he turned Shane Duffy caught his standing legs and referee Mike Jones pointed to the spot.

Andre Gray collected the ball and placed it on the spot on fifteen minutes, he then waited for the referee’s whistle before sending Jason Steele the wrong way to put the Clarets 1-0 in front. 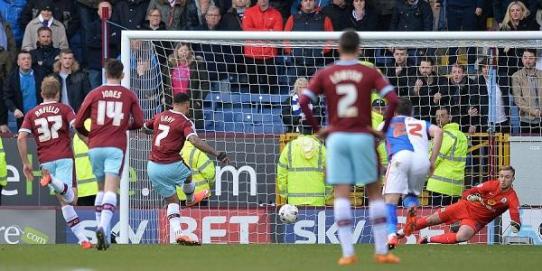 On twenty-two minutes, an excellent ball from Andre Gray found the Burnley centre-back Ben Mee in the centre forward position, Mee hit a powerful left-footed shot from the edge of the area which was well saved by Jason Steele in the Blackburn Rovers goal.

Blackburn’s first effort at goal came on twenty-nine minutes when an Elliott Bennett cross found Hope Akpan and his header from the right side of the six yard box went just wide of Tom Heaton’s left-hand post.

Hope Akpan then went close just three minutes later when is left footed shot from outside the area was well blocked by the Burnley defence. 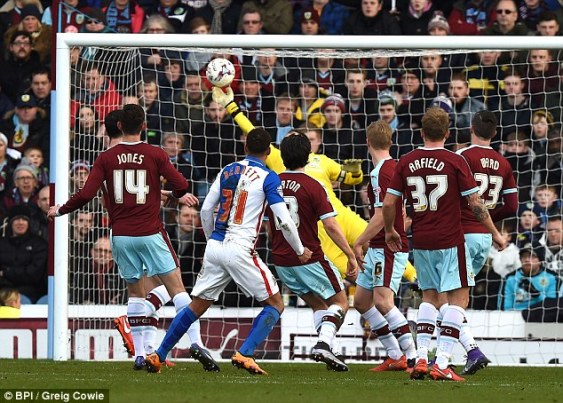 Elliott Bennett then went close for Blackburn when his right footed shot from the centre of the box is well saved by Tom Heaton as he tipped the ball over the crossbar, following a Shane Duffy headed pass.

The final effort of the half fell to Hope Akpan for had a right-footed shot from the edge of the Burnley area, his effort took a deflection off Ben Mee’s leg and Tom Heaton made a world class save to the bottom right-hand corner low to the post, to make the half-time score 1-0 to the Clarets.

Blackburn Rover came out much better in the second half and had their first effort at goal on forty-eight minutes, when Danny Graham’s left footed shot from the right side of the box was blocked by the Burnley defence. 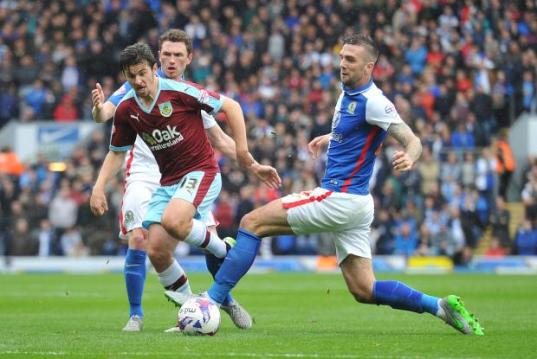 Shane Duffy should have scored for Blackburn on fifty minutes but his header from the centre of the box went just wide of Tom Heaton’s right-hand post, following a Matt Grimes set piece.

On sixty-six minutes, Jordi Gomez found Ben Marshall with an excellent pass but his right footed shot from outside the box, again went wide of Tom Heaton’s goal.  Rovers were now well on top in the second half but could not finish their chances.

Burnley then had two chances in the sixty-eight minutes, the first fell to Fredrik Ulvestad who shot from the edge of the box but his shot went wide.

The second effort following an excellent pass from Ulvestad fell to Andre Gray who’s right footed shot from the edge of the box was well saved by Steele.

Blackburn the had two efforts on seventy-eight minutes, the first fell to Ben Marshall but his right footed shot from outside the box is high and wide of Heaton’s crossbar. The next effort was a shot from the edge of the area by Jordi Gómez, which was well blocked by the Burnley defence.

In the final minute of the second-half Blackburn won a corner which was the signal for Rovers keeper Steele to go up for the corner, as the corner came into the box Tom Heaton punched the ball and Ben Marshall’s shot was blocked as the full-time whistle blow. 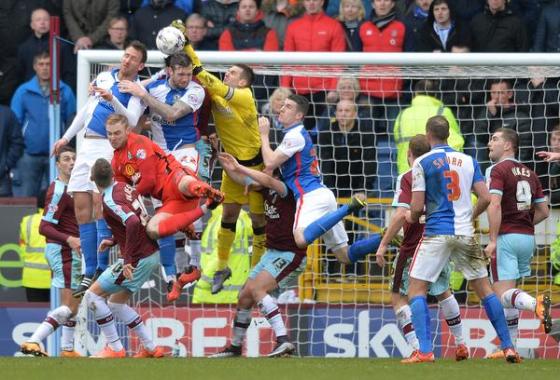 After another excellent performance Joey Barton was given the Man of the Match award as the Clarets went back to the top of the Sky Bet Championship with trips to Fulham and Huddersfield Town next in the line. 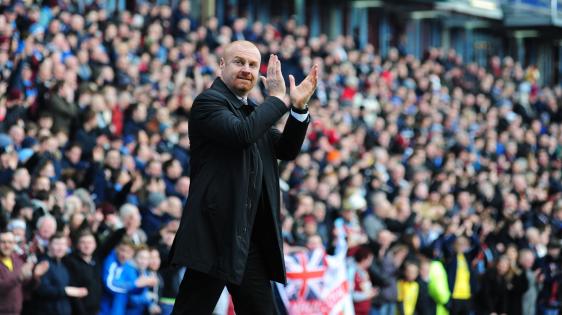 Speaking after the game manager Sean Dyche said, “When I got here, I was told we hadn’t beaten Blackburn in 34 years or whatever.  Well, we haven’t lost now since I’ve been here in six games and we’ve now done the double over them, the first time since 1978.

That means a lot in these parts. For me it’s about the points, It’s a badge of honour somewhat, but it doesn’t mean anything more than that.  It’s another big win for the people and I am delighted for them.

We were nowhere near our best today and we’ve won, which is a fantastic thing.  Our players were bound to be a bit nervous, they knew before the game how long it had been since we did the double over Blackburn.  It’s important because it means a lot to the people in this area.”