Burnley Development Squad this afternoon entertained Georgetown University at Barnfield Training Centre in a behind close doors friendly which the Clarets won 10-1.

It took just six minutes for the Clarets to take the lead when Wilson stole possession before rifling in the opener into the top right corner from the edge of the box. 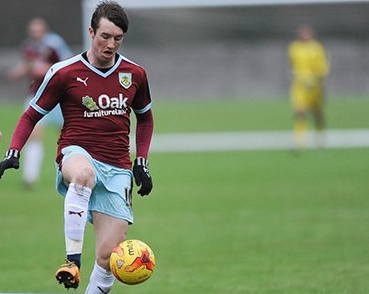 Burnley doubled their advantage just four minutes later, after an inch-perfect cross to the back post from Jamie Frost found Long, who duly nodded in his first of the game. Despite dominating the game the Clarets held only a 2-0 lead at half time.

It took the Clarets just ten minutes to add a third goal from a set piece routine as O’Neill added to the scoreline.

Burnley then added a fourth when George Green’s fizzing corner was dummied by Wilson for his Australian counterpart, who coolly found the bottom right corner with a neat finish. 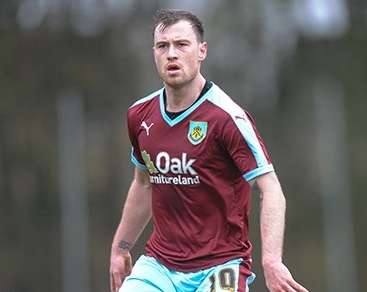 Lafferty, who has returned to Turf Moor following the expiration to his loan at Boundary Park, played a superb ball down the left flank to Barnes, who smashed his half volley against the crossbar.

However, the Clarets striker was back among the goals just a minute later, this time Lafferty’s hooked ball into the box found Barnes, who volleyed in the Clarets fifth goal.

Barnes then almost grabbed his second of the game with a diagonal strike, for a fine save to deny him midway through the second half.  The resulting Frost corner, however, was converted by Lafferty, who rose the highest at the far post. 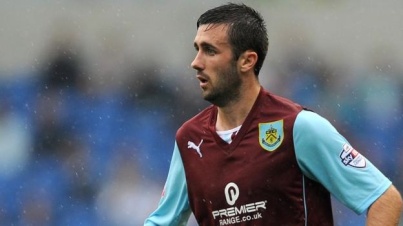 The visitors did grab a consolation 15 minutes from time, when a neat build up ended with a fine strike flying into the bottom right corner past Dan Nizic.

From the restart, however, the Clarets restored their five goal advantage when Brad Jackson’s 60-yard run down the left ended with a cut back for Nathan Lowe, who found Frost at the far post for a square pass to Long to tap home and end a fluid move.

Lafferty then grabbed his second with seven minutes to play, playing a neat one-two with winger Christian Hill, and making no mistake from 12-yards.

And the goal of the game, soon after, brought Long’s hat-trick!  The forward collected 30-yards out and side-stepped a challenge, before finding the top left corner with a simply stunning strike. 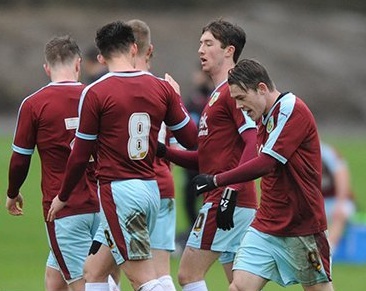 Long duly found the net again a minute later, when Hill – again the provider – cut back to the former Everton forward, who neatly bent in the ninth into the bottom right corner.

And with the final kick of the game, Burnley’s midfield trialist made it double figures with another sublime shot, this time from 25-yards.

The  Clarets Development Squad are back in action again this week, when they travel to Fleetwood Town on Friday for a 1.00pm kick-off.