According to a reliable source of the Telegraph & Argus, Bradford City have suspended the potential takeover talks with two German investors.  The interested party has been in discussions with City since the summer, following the failed buy out by Gianni Paladini. 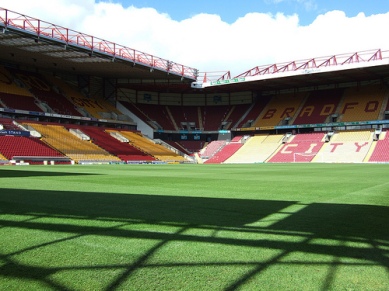 The Germans had hoped to conclude a deal to takeover the club before the end of the season.  But talks have been suspended for the time being so it will not create any disruption in City’s push for the League One play-offs.

Bradford sit just outside the play-off places on goal difference with a big game against fifth placed Millwall Football Club at Valley Parade this weekend. The club doesn’t want any uncertainty regarding the ownership to cause a possible distraction during the final nine games.

One of the German businessmen was at the last home match against Doncaster 11 days ago. He was also a guest of the joint chairman Mark Lawn & Julian Rhodes for the Coventry City game at the Coral Windows Stadium last November.