Lukas Jutkiewicz was back among the goals as a strong Burnley XI beat Wigan 4-0 in a friendly on Tuesday. Striker Jutkiewicz scored twice and Matty Taylor added another brace in the convincing win at the Barnfield Training Centre.

The former Middlesbrough forward once again played the duration in the training match, after playing 90 minutes in a behind-closed doors friendly last week.

Taylor came close to opening the scoring after just seven minutes with a delicious cross to the far post, however the delivery struck the upright, and Lee Nicholls cleared.

The opener though came on the half hour mark, when a Lloyd Dyer cross to the penalty spot was half-cleared, allowing Taylor to clinically find the bottom right corner. 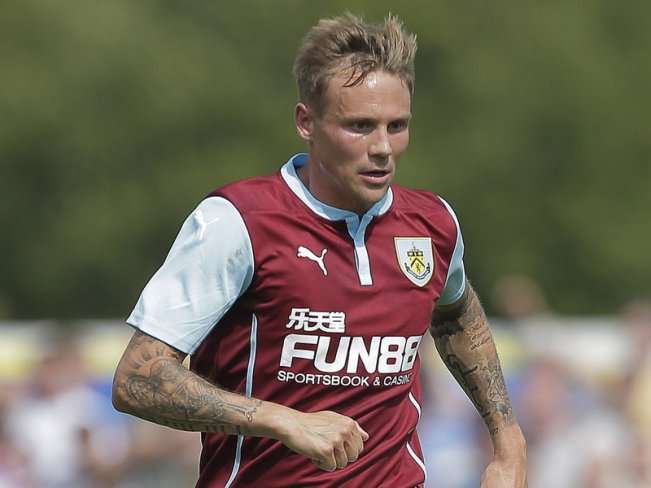 And moments before the break, Taylor’s inch-perfect free-kick to the far post found Freddie Ulvestad, however the Norwegian midfielder couldn’t steer his volley on target.

However a Taylor free-kick on the hour mark doubled his and Burnley’s tally, as the midfielder superbly found the top left corner with a fizzing strike from 25-yards.

Two minutes later the Clarets were three ahead, Rouwen Hennings played Jutkiewicz through on goal before being fouled and despite being on a hat-trick Taylor gifted the ball to Jutkiewicz, who duly smashed the penalty home for his first goal since his return.

The Southampton-born forward completed the scoring 15 minutes from time, brilliantly connecting an Ulvestad delivery with a bullet header, which found the bottom right corner.