Last night the 9th May 2016, Sean Dyche and his squad stood on the steps of Burnley Town Hall as club captain Tom Heaton lifted the Sky Bet Championship Trophy, to mark the clubs return to the top flight of English football.

Twenty nine years earlier to the day, on the 9th May 1987 a Burnley team which featured Peter Leebrook took to the pitch at Turf Moor needing a win to keep their football league status on the final day of the league season against Leyton Orient. 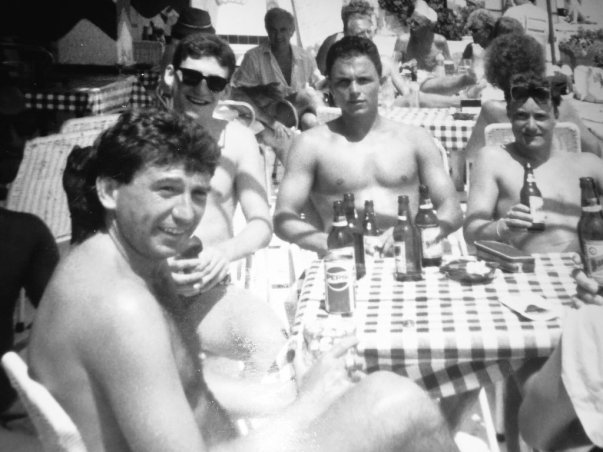 We have sadly lost four members of that squad in Frank Teasdale (Chairman), Brian Miller (Manager), Ray Deakin (Captain) and Ian Britton (Goalscorer) but without those four and the rest of the squad, we may not have had a club to win the Championship this week.

The main focus of this article is on a young full back from that squad called Peter Leebrook who was born on the 18th September 1968 in Saltburn.  Leebrook was promoted from the youth / reserve team straight into the first team by manager Brian Miller following the teams defeat in the FA Cup 1st Round to non league Telford United in November 1986.

After spending two full seasons at Turf Moor making 52 appearance, Leebrook was released and joined Aldershot Town.  After retiring as a professional player, Leebrook emigrated to Arizona and was involved with soccer at SC Del Sol.

He then moved to Halifax, Canada to be Technical Director of Halifax City Soccer Club of Nova Scotia, having previously been the club’s first team manager.  Since then he has moved back to Phoenix, Arizona and is currently working as the Technical Director back at SC Del Sol. 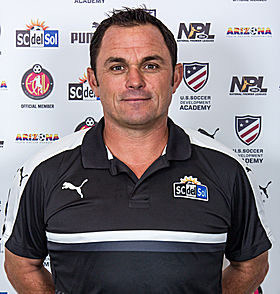 Biggest Influence on your Career?

The biggest influences in my career have been my dad and grandad from my family they have always supported me throughout my career. From the footballing world it would be Ian MacFarlane who was also a full back and he has offered me some excellent advise.

There are three highlights that come to mind, the first was being selected and also representing Great Britain in two World Student Games.  The second would be making my debut for Burnley against Lincoln City in 1986 and the third would be the final game of the season against Orient, which kept Burnley in the football league.

The two lowlights that come to mind are breaking my leg (Tib and Fib) which ruled me out of the team with injury.  Secondly getting rated as 3 out of 10 in an away game against Preston North End at Deepdale and getting the nickname of “Teflon”

Tell us about your League Debut?

My league debut was against Lincoln City at Turf Moor in 1986, the team had just been beaten by non league Telford United in the FA Cup 1st Round and I was asked to go to the manager office on the following Friday morning.

I was thinking, what have I done wrong, but when I got to Brian Millers office I was told I would be starting the next day at home vs Lincoln City. We won the game 3-1 and although nervous, I thought I had played well enough to keep the position.

Not sure Phil Malley was too happy as I kept the full back position for a while.

Best Manager you played for & why?

The best manager / coach that I played for would have to be Les Read when I played for the Great Britain Students in several World Student Games.  Les was very knowledgeable and also made you wanted to play for him.

Best Player you played with and why?

It’s tough to say as they have different qualities and how do you define “best”.  I would say for his skill on the ball Neil Grewcock, for consistency and no nonsense defending Ray Deakin and for his energy Ian Britton. 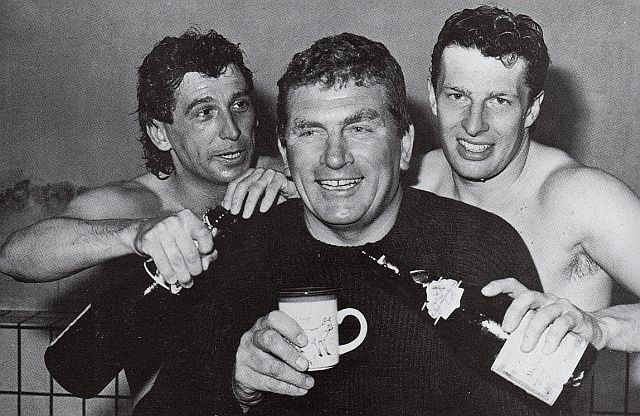 Peter Barnes (Manchester United) and Alan Comfort (Orient & Middlesborough) two very talented players who had great balance, change of direction and speed.  They both liked to run at you and I remember Barnes would try and turn you inside out and often succeeded.

You, Jason Hardy, Jason Harris and Phil Devaney were all young pro’s put into the first team by Brian Miller in the club’s most difficult season, how hard was it to prove yourself in the team and as a player in such a hard season?

We got thrown into the team and it was a matter of sink or swim, I actually found you had more time on the ball than in our Central League (reserve) games.

We had no choice but to go out and do your best for each other and the club, It was not until the end of the season when we played the final 4 or 5 games that were must wins and the pressure became immense. 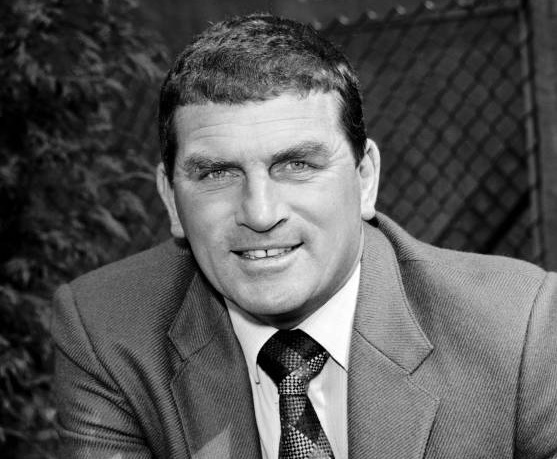 It’s the 9th May 1987 and the final game of the season against Orient at Turf Moor, what was it like in the dressing room before the game and how did you feel personally?

The build up was incredible, at only 18 years of age I didn’t fully take it all in which may have been a good thing as it was very intense.

I remember before the game in my digs in Smalley Street, listening to a song by a group called Spear of Destiny, the song was called “They will never take us alive” and I played it over and over!

The game was delayed for 15 to 20 minutes, you heard the stand above us “rocking” I remember thinking this is what it must be like as a gladiator going out to face the odds. I kept thinking, “they will never take us alive” and we had to win – No choice!

The actual game was a blurr! I remember at the end having all my clothes taking from me and hanging on to my underpants for dear life!  There were grown men crying all around me with relief, it was very emotional. Brilliant Fans and Brilliant Club!

We have sadly lost three of the playing squad members Ray Deakin (Captain), Brian Miller (Manager) and last month Ian Britton (Goal Scorer). Can you give us an insight into the three and what they were like in the dressing room?

I also played with Paul Comstive the following season as well and all four of them were not just great players, they were also great people which for me is far more important.  We never saw much of Brian Miller (Manager), but when we did if he said it was Friday, then it was Friday.

Ray Deakin “Deaks” was a classic leader, put everything on the line, responsible, tough, level headed. Whilst Ian Britton was always a ray of light and a lot of fun, his energy was brilliant and he took me under his wing (not sure if thats good or bad).

Myself and “Britt” had some great times on and off the field and although gone, he is still very close to my heart. 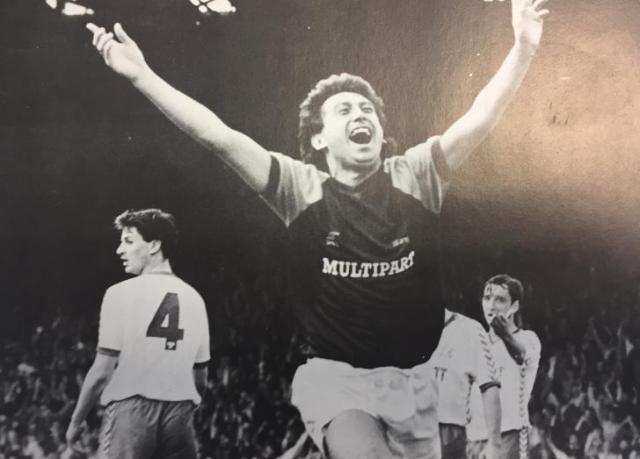 You are still working within football as a technical director at the moment can you explain more about your current role?

I am currently the technical director of a large youth club in Phoenix Arizona, I oversee around seventy plus teams and have twenty full time staff working for me at the club.

We bring some of the teams over to the UK every other year to compete against the Academy clubs which is very favorably. Its a super life and one I am very blessed to be doing.

If you could change one rule in football what would it be and why?

Penalties – They don’t cover the four main components of the game and it’s therefore not a “real” reflection of the teams full qualities.  As an alternative we should have overtime that consists of golden goal and you have to take a player off every 2 minutes.

Imagine the excitement, but more importantly you have the technical, tactical, physical, fitness and psychological.  A true test for coaches and players and I think the fans would love it.

When you were playing, the football apprentice would have to clean the pro’s boots and paint the ground and stands in pre-season etc. Do you think that was a good grounding to becoming a prof footballer ?

People wonder how Leicester City won the league, they wonder how Burnley have gone up again to the premiership. They wonder how great sporting teams such say the All Blacks keep been successful.

At the end of the day it boils down to simple values, being grounded, been real and working hard.  These are critical values that have slipped away not just in football but in life.  All apprentice footballers should be made to it all again – Terraces / Boots / Ground the lot!