Bradford City are currently in a three team race with Aston Villa and Nottingham Forest to sign 6 ft 4 Premier League goalkeeper Sam Johnstone on loan from Manchester United in the January transfer window. 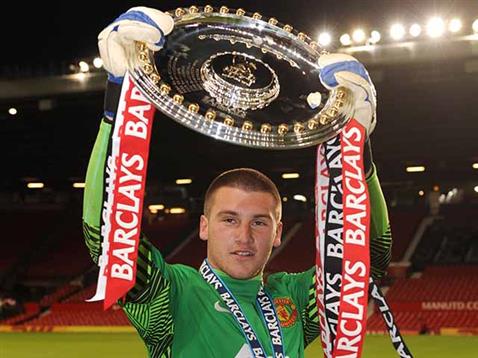 According to stories coming out of Old Trafford, Manchester United intend to let Johnstone go out on loan in January.  The young keeper has come through the ranks at Old Trafford but he is still to make his first-team debut.

Johnstone is currently behind David De Gea and Sergio Romero in the pecking order and he has already had loan spells at Scunthorpe United, Walsall, Yeovil Town, Doncaster Rovers and hometown club Preston North End.

Many thought that Johnstone would leave Old Trafford given that his contract was set to expire at the end of the season, but he surprisingly penned a new deal until 2018, with the option of another year.