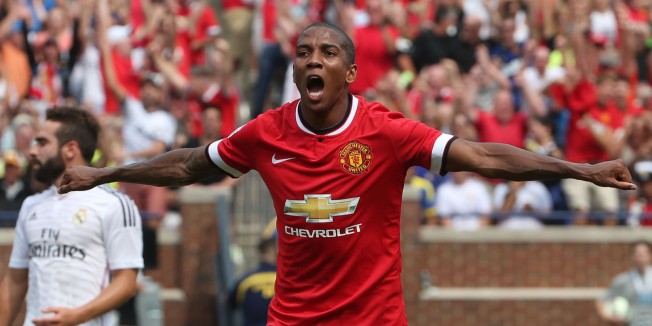 His attitude has repeatedly been praised by Mourinho despite his lack of game time and the United boss could still be unwilling to let the player leave.   The ex-Aston Villa star joined the club for £17m in 2011 and has 18 months remaining on his Old Trafford contract.

Former England winger Ashley Young will be tempted to quit United with the promise of more first-team football, but will have to take a sizable cut in his £100k-a-week wages.

The versatile Manchester United star has made just nine appearances for Jose Mourinho this season and could be looking for regular first team football.