Former Bradford City chairman Mark Lawn has today accused the Rugby Football League of creating a “nonsensical” situation at Bradford Bulls because bidders don’t know what they are buying.

The financially stricken club are now in their fifth week of administration with only four parties still in the running.  The former City owner declared an early interest before pull out amid rumours that a “big money man” thought to have been John Madejski, was coming to save the club.

The big money man has not materialised and Lawn says the problems are building because the authorities haven’t revealed the exact punishment that Bradford Bulls will face for their third spell in administration in five years.

Lawn said: “I don’t think the administrator really knows what he is doing. The Rugby Football League certainly doesn’t.  The Rugby League have got to tell you what you are dealing with and at the moment you don’t know what division the club will be in or the points deduction.

People can assess and decide ‘do I have enough money to put the right business plan together’.  That’s why the club keeping going into admin because the Rugby Football League won’t let people know exactly what’s going to happen.

They should have come out with that from day one so everyone knows where they stand. You can’t tell the administrator what you’re going to do and then you find out you’re dropping down a league. It’s a ridiculous situation.  How would anyone else take on a business not knowing where you are starting off and what the bottom line is.

The ultimate sanction would be liquidation and starting up a new club, a drastic measure but one Lawn thinks might have to be considered.  Unless someone’s going to put in £2m just to keep them going to next year with the overheads they have at present, then for me you have to liquidate it and start afresh. 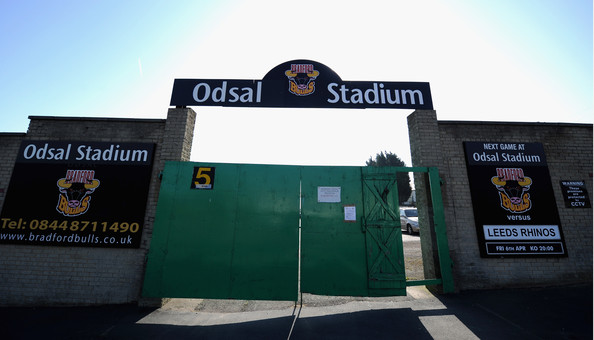 I don’t know whether anybody would want to do that, it sounds awful but that’s the way to start with a fresh sheet and go again with the fans right behind you. Look at what Rangers did in Scotland.  At least you’ll know where you stand and how much money you’ve got to play with and the crowds you’ll get.

I don’t believe there’s a man with a lot of money coming in or the deal would have been done straight off. But there’s still that expectation.  Bradford Park Avenue owner Gareth Roberts, who was understood to be keen on buying the Bulls, has ended his interest in taking over the club.