Burnley Football Club have confirmed that Singapore national striker Sahil Suhaimi has joined the clubs development squad on a month-long trial.  The striker who plays for Tampines Rovers in the S.League, has flown to England to take up the offer at Turf Moor. 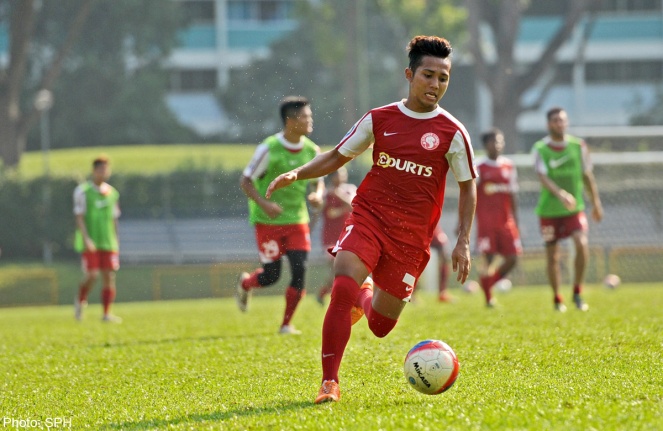 Anthony Fairclough (Head of Commercial Affairs) said: “This is a first for the club and is a great opportunity for both parties.  One billion households watch the Premier League and over 50 percent of those come from Asia.

During a recent visit to Singapore, I saw that football is a major interest out there and the Premier League can raise the club’s profile over there, but further strengthen our relationships.

We welcome Sahil to the club and hope that his experience here is productive for his career and that he can have a snapshot of the Premier League and see it from a very different perspective.”

In January, there had been talk that he would move to a second-tier Thai club, but the Stags said in a separate media release on Friday that they will cover the cost of Sahil’s travel and lodging, with chairman Krishna Ramachandra personally supporting Sahil’s daily expenses.

Club Chairman Krishna Ramachandra said, “It is a fantastic trailblazing opportunity for him and we need to encourage more young players to go further afield to ply their trade, so we wish Sahil the very best and trust he will keep the Singapore flag flying high.”