Promotion chasing Tranmere staged a second half comeback that consigned Guiseley to a third successive defeat and leave the Lions in nineteenth place two places and one point above the last relegation place with two games left to play.

Tranmere arrived at Nethermoor knowing that nothing short of a victory would keep the pressure on leaders Lincoln City but they were pegged back when a long clearance that was contested by Steve McNulty and Michael Rankine fell to Derek Asamoah who rifled in a wicked dipping shot from twenty yards out that beat Scott Davies all ends up on thirty-three minutes.

Before this James Wesolowski had gone close from distance and Kevan Hurst’s cross was just behind Rankine as his header looped over the bar.  Tranmere Rovers had gone close early on as James Norwood tested Jonathan Maxted and Andy Cook had a header cleared off the line and it was these two who put Guiseley to the sword straight from the restart.

First the unmarked Norwood headed home a corner at the far post on 49 minutes and then when the home side failed to clear the ball from midfield Cooke steamed in to give Rovers the lead on 58 minutes. Maxted then did well to tip over Lee Vaughan’s effort shortly after. 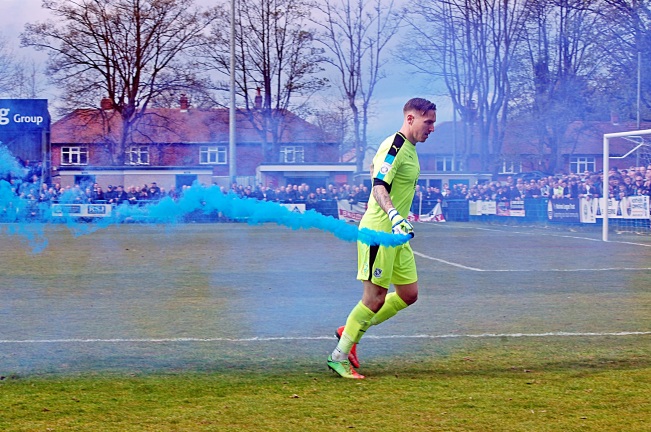 The introduction of Alex Purver and Jordan Preston added some urgency to the Lions search for an equaliser and during a period of sustained pressure the home side had what looked like two valid penalty claims for handball in the area waved away. 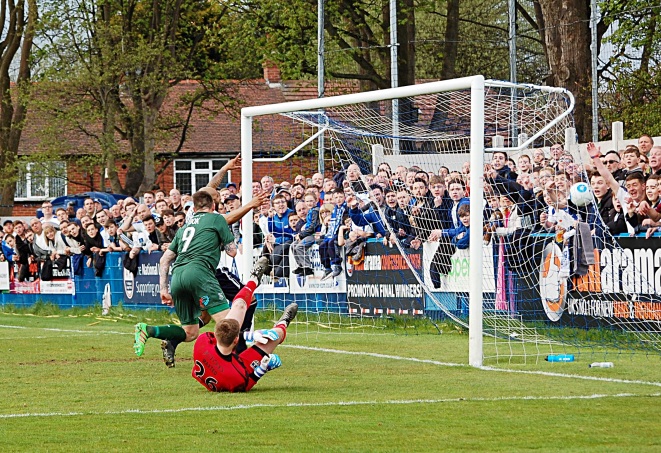 Having survived these Tranmere hung on for the win but in the end it was to no avail Lincolns result at Gateshead mirrored the score at Nethermoor to give top spot and with it the automatic promotion placeand leave Rovers to contest the play-offs.

Having looked fairly safe just a couple of weeks ago the Lions now need two good results away at Bromley on Saturday and then at home to Solihull Moors in the final game of the season on Saturday 29 April.