Bradford City have today confirmed that Billy Clarke has left the Northern Commercials Stadium to join Charlton Athletic for an undisclosed fee.  Clarke leaves City after making 122 appearances scoring 25 goals for the Bantams in the last three seasons. 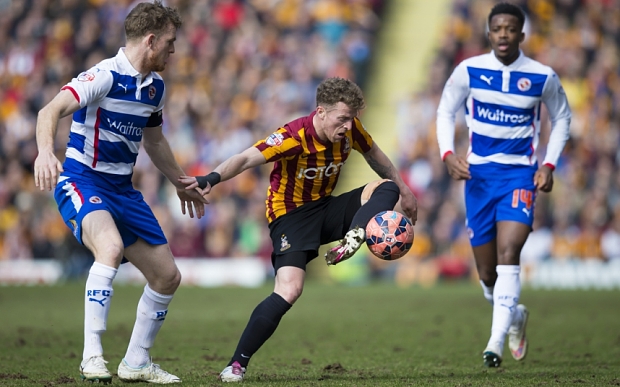 The Irishman, who moved to Bradford City back in the summer of 2014, has signed a two-year deal at The Valley this Thursday afternoon. Speaking about his move to Charlton Athletic Billy Clarke said,  “I am a number 10 to start with but I can play up front, I like to get on the ball and link the play.  I try and score my fair share of goals and cause problems for defenders and midfielders. I’m hopeful I’ll excite people and do well.

I like to get into pockets of space where I would say I’m quite intelligent and technical, I never asked to leave Bradford City, but when a club like Charlton come and offer for you a contract then it’s a very difficult decision that I had to make.  I loved my time at City and the fans were great for me, hopefully I can have the same impact here at the Valley.