Burnley are chasing former Claret and Swansea City midfielder Jack Cork reports suggest that Dyche is about to offer the Welsh club £10million to bring the former loan player back to Turf Moor.  Cork, enjoyed two loan spells at Turf Moor making 11 appearances in the top flight during the 2009/10 campaign before returning the following season. 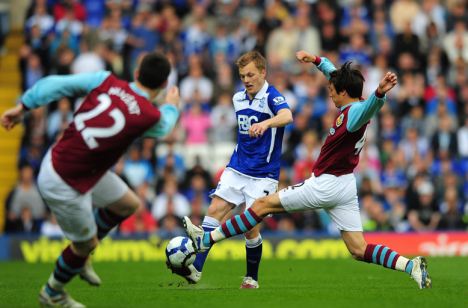 The Swansea midfielder is entering the final year of his contract at the Liberty Stadium, Cork featured in 30 Premier League matches last season, playing the full 90 minutes in 19 of those games. However his influence on the first team waned in the final stages of the season under Paul Clement and he has been pushed down the pecking order by the likes of Ki Sung-Yeung, Leon Britton, Leroy Fer, Tom Carroll and new signing Roque Mesa.