According to the Croydon Guardian, Frank de Boer is ready to let James McArthur go after Burnley have shown interest in the Scotsman.  McArthur who joined Crystal Palace from Wigan in 2014 made 95 appearances, scoring nine goals with seven assists.  It now looks likely that he will leave Selhurst Park this summer. 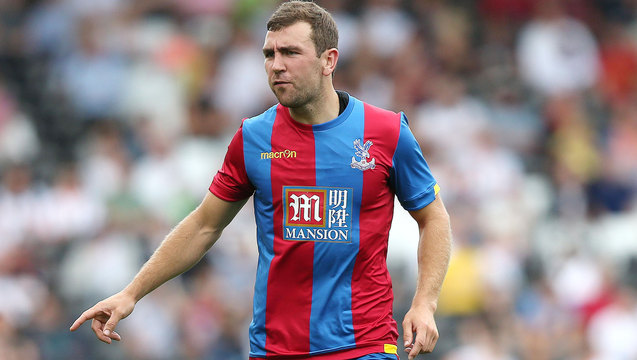 The recent arrival of Ruben Loftus-Cheek from Chelsea on a season-long loan has pushed McArthur down The Eagles’ pecking order.  Jairo Riedewald is likely to join Palace from Ajax who is predominantly a centre back but he can play in central midfield which could push McArthur down even more.

Burnley manager Sean Dyche is very interested in James McArthur as he tries to improve the Clarets squad for next season.  McArthur’s experience in relegation fights with Wigan  and Crystal Palace could be vital for Burnley, as a number of pundits have again tipped them for relegation in the 2017/18 season.