Former Bradford City goalkeeper Jon McLaughlin has today signed a one-year contract at Tynecastle, were he will be included in the Hearts squad for tomorrow’s Scottish Premier League game away to Motherwell. 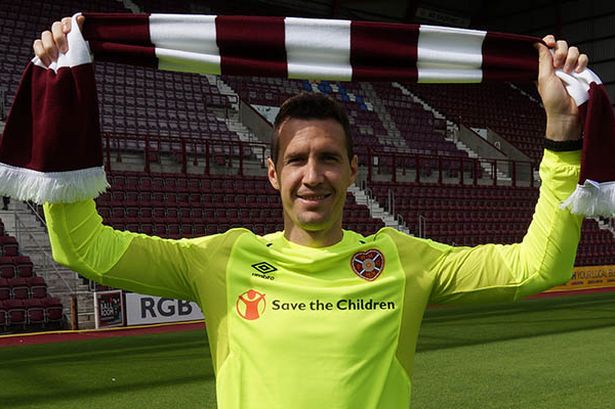 The Edinburgh-born ‘keeper has spent his career down south, playing around 300 games for Bradford City and Burton Albion.  Standing at 6’3” tall, Jon enjoyed notable success in England, picking up a runners-up medal in the League Cup with Bradford in 2013, before winning the League Two Play-Off final the same year.

A transfer to Burton Albion saw him continue to lift silverware, finishing the 2014/15 as League Two champions, then going on to secure promotion to the Championship via the Sky Bet League One Runners-Up spot the following season.

Speaking about signing for Hearts Jon McLaughlin said, “I’m really pleased & obviously really looking forward to signing for a massive club like this. It’s my home town, so it’s a fantastic feeling and its been great to be training with the lads for a few days.

I’m now just looking forward to getting on with the serious work, you always want to be at clubs where you’re competitive and you’re looking to achieve things.  Obviously last year was a great year for us at Burton, going into the Championship, but ultimately as a footballer you want to win things.

You don’t want to be battling relegation or losing games so that’s definitely part of it, seeing such a strong set up here and a club that are moving again in the right direction, that I want to become a part of and try to help.”