Following their first defeat of the season at the weekend, Steeton AFC were looking to bounce back this evening as they welcomed Wibsey FC to Summerhill Lane.  Roy Mason had Michael Rhodes, Steve Pearson and Graham Holmes all available for selection, as he looked for a positive response from the squad. 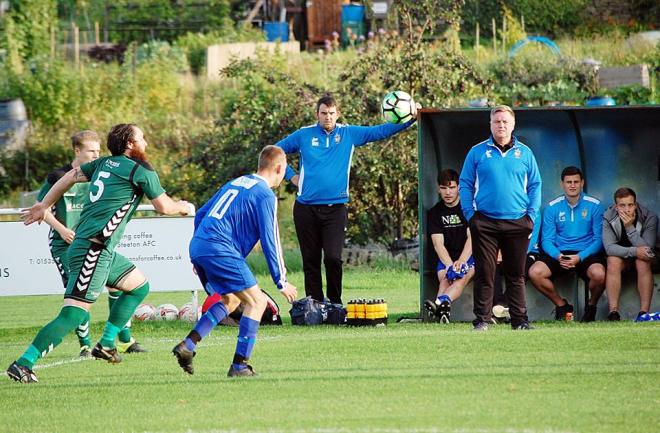 The first half was a fairly even game with both sides playing some excellent football with some great passing through midfield, the home side created a number of chances but they were not able to convert the chances into goals.

Steeton should have taken the lead on twenty minutes, when a ball behind the Wibsey defence was collected by Tom Sowerbutts at the edge of the Wibsey area, however his first time shot went just over the visitors crossbar with the keeper well beaten. 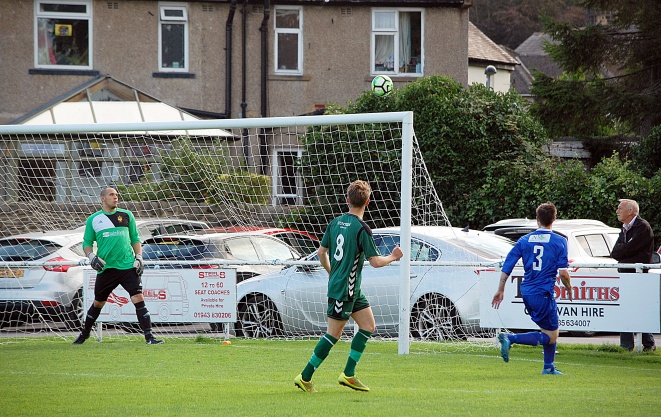 There were a number of late challenges from the visitors during the first-half which went unpunished by the referee.  But despite the unfair challenges, the home side did start to control the game in midfield.  There were some occasions for the visitors who had a sight of goal, but their final efforts went wide or was saved by Wayne Mahomet.

On the half hour mark, Steeton had the ball in the visitors net after Sam Rooke headed home a Andy Holden free-kick from inside the area, only to see the referee disallow the goal for off-side.

Steeton manager Roy Mason will have been unhappy with the finish to the first-half as an individual error lead to Wisbey taking the lead in the final few minutes of the half. A mix up between the central defender and goalkeeper lead to O’Donnell chipping the ball over Mahomet into an empty goal to give Wibsey a 1-0 lead. 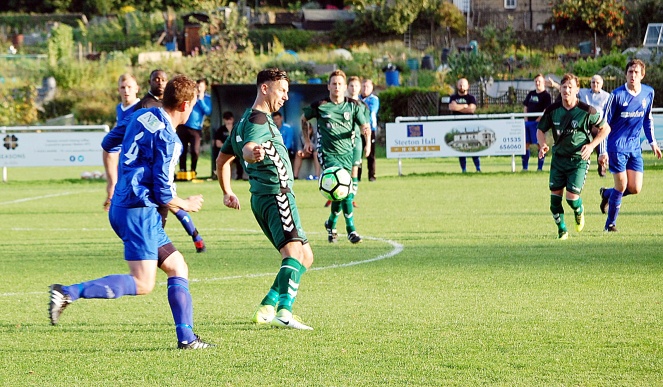 The second-half went much the same as the first with both sides playing some fast and furious football with some excellent passing in a game which both teams could have gone on to win.

However on eighty-five minutes, Steeton drew level when substitute Andrew Briggs fired through a crowd of players to bring the home side level and make the full-time score 1-1. 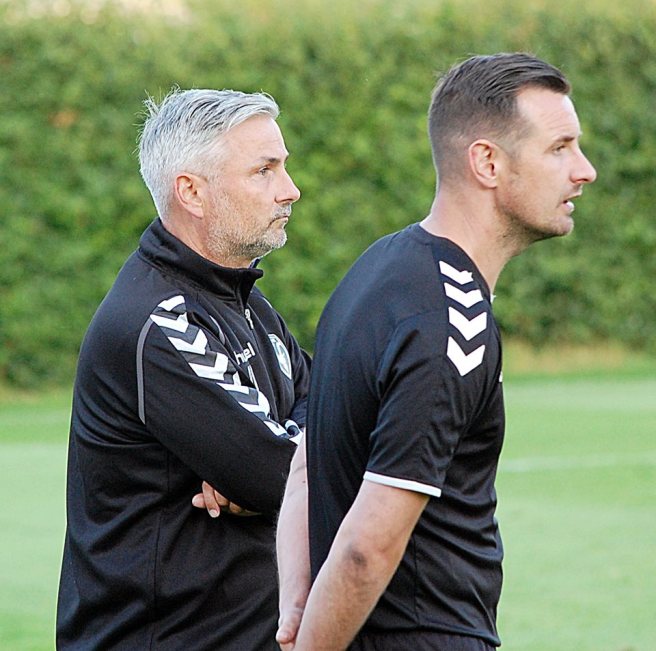 After four consecutive home games, Roy Mason will take his Steeton side on the road this weekend for their first away game of the season, when they visit Honley Football Club in the West Riding County Amateur League.