Firstly, I know this is a preview of the next home game at the weekend, but I would like to start with a bit of a review and thank both Adam Lockwood and Dave Penny for their efforts and wish them both well for the future.

It has been a busy week at Nethermoor Park, as the club moves forward into a new era with the board appointing a new manager Paul Cox to the club on monday evening.  He has vast experience in this league having already managed at AFC Barrow, Torquay and Mansfield Town, who under his leadership won promotion back to the Football League.

Eastleigh arrive in West Yorkshire having had a decent start to the season losing only one of their opening eight games, but despite that record the Spitfires are only twelfth in the National League table having drawn five of the other seven games.

Looking at the visitors record it appears the club have a strong defence having conceded only seven goals in their opening nine fixtures, however there does seem to be a lack of goals at the club with only one goal per game scored on average.

Eastleigh have themselves made a change this afternoon, signing former Coventry City striker Gary McSheffrey from Doncaster Rovers on a short-term contract until January, which should assist them with their goalscoring this season.  McSheffrey is available for selection on Saturday and could make his debut against the Lions. 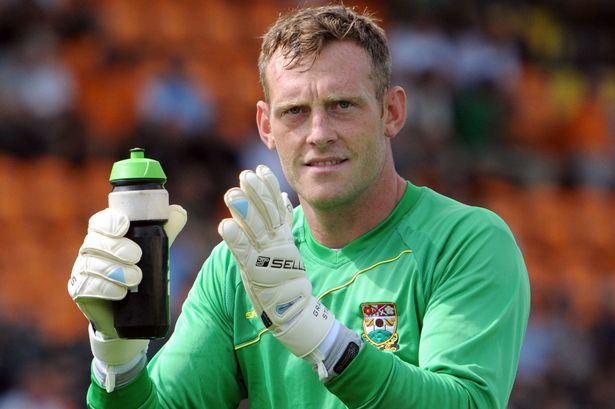 Making a welcome return to West Yorkshire as part of the Eastleigh squad will be former Arsenal & Leeds United goalkeeper Graham Stack. He is currently first choice goalkeeper at Eastleigh, having spent a year (2016) in the Indian Super League with Kerala Blasters.

I spoke with the former Arsenal and Leeds United goalkeeper earlier this week to get his thoughts on this weekend’s fixture and the coming season from an Eastleigh viewpoint:-

1. There are some big names in the National league this season including Leyton Orient, Hartlepool United and Tranmere Rovers, what are the challenges that Eastleigh completing against those sides and how well do you think Eastleigh will do this season?

I think the most important thing is to be consistent and organised putting teams under pressure at home and be difficult to beat away.  We won’t worry about the other teams just concentrate on what we do as a team.

2. This weekend you will be returning to Yorkshire to take on Guiseley AFC in the National League, will it bring back any memories of your time at Elland Road and what do you think was your best moment for Leeds United?

It was a difficult season for the club with financial troubles and relegation. It would be difficult to find many positives, however one good memory was my debut at Elland Road against Southend United which we won 1-0, I was awarded MOM which was special.

3. You have spent time in the Indian Super League with Kerala Blasters, what is the standard of their clubs and football league?

The Indian Super League is HUGE we got 70,000 every home game and had every game televised.  It’s competitive with lots of very good Indian players breaking through and also international superstars who are maybe coming to the end of the career.

4. In terms of Eastleigh, which players are the one’s for the home fans to watch out for in terms of skills, talent and biggest prospect at the club?

We have a good squad of players and I believe a group that will challenge Sam Matthews has excellent ability, great control in tight areas, good finisher and is capable of winning a game with a moment of brilliance. Cavaghn Miley is young lad with a bright future, he has a good temperament, energetic, nice range of passing and comfortable carrying the ball, he will develop with more games.