Ebbsfleet United have today confirmed that striker Aaron McLean has joined the clubs coaching staff as ‘striker coach’.  The new role will not affect his playing duties and he will continue to be a key member of the Ebbsfleet United first-team playing squad. 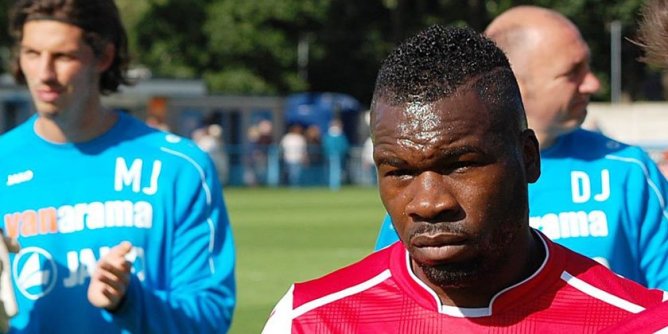 McLean joined Ebbsfleet from Barnet in January 2016 and despite suffering a long-term ACL injury in 2016/17 he bounced back to help fire Ebbsfleet to promotion, ending last season alongside Darren McQueen as the club won promotion last season. He has scored nine goals in thirty-three appearances since arriving at Stonebridge Road.

Ebbsfleet manager Daryl McMahon said, “Aaron has a wealth of experience as a striker and has so much knowledge he can pass on to the other strikers both at first team and academy level.  He will be a valuable addition to my back room staff, even when Aaron is not playing you will always see him encouraging the team and it is that attitude that has brought us success in recent times.”