The Paul Cox era began with the visit of Eastleigh Football Club to Nethermoor Park in the Vanarama National League, sitting mid-table the visitors made the 500 mile round trip in positive mood after signing striker Gary McSheffrey from Coventry City.

The visitors went close to taking the lead in just the third minute, when James Constable cushioned a header into the path of Mark Yeates allowing him to cut in from the right and steer a left-footed shot towards goal, which Joe Green saved well low to his right.

There was nothing to choose between the two sides as Guiseley started to create a few chances through John Rooney.  His first chance dropped to him at a nice height, but he tried to control the ball rather than take a shot on the volley and was tackled by Andrew Boyce. The second effort was a volley from Lee Molyneux’s free-kick, but Callum Howe was on hand to clear the danger.

Raul Correia had the best chance of the half, when the Blackpool loanee latched on to a loose ball at the edge of the Eastleigh area before curling an effort which was met by a world-class save from Graham Stack, who at full stretch tipped the ball onto the post and out for a corner.

Yeates then played a neat one-two with Reda Johnson on the left-wing before weaving his way into the middle of the area, however his shot was blocked by Danny Lowe. 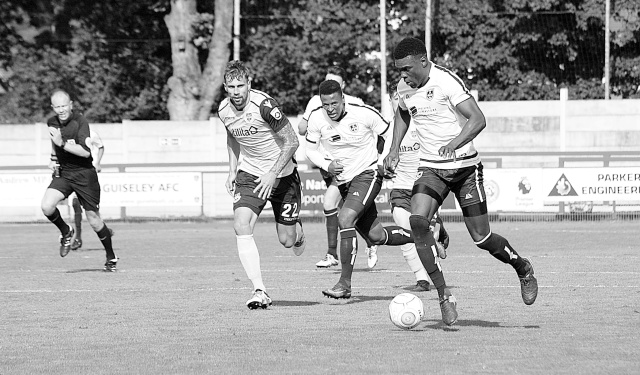 Molyneux then came close for The Lions with a free-kick curled low around the wall that was saved by Stack, before Rooney’s lofted ball into the area had Raul Correia & Kayode Odejayi lunging at the far post, but neither could apply the finishing touch.

Connor Brown was next to go close for the hosts as half time approached. The right-back latched on to an under-hit pass from Sam Wood and soared down the right flank, before shooting wide, having ignored team mates in better position to his left. 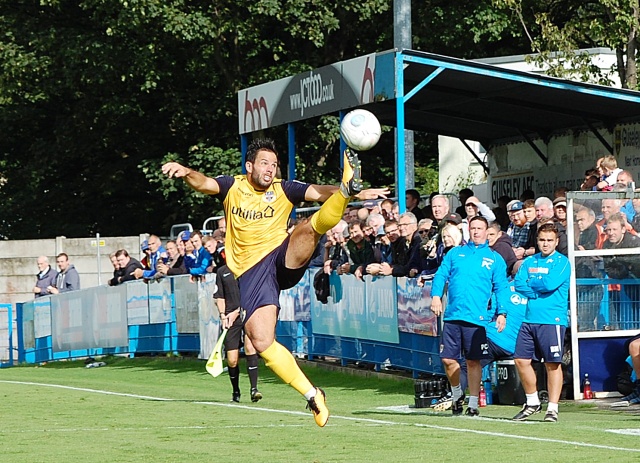 The second half had the same pattern as the first with both sides creating a number of chances that they were unable to convert, Guiseley made a good start to the second half in a very tight game that could have gone either way.

On sixty-one minutes, Eastleigh created their own problems as Howe’s clearance in the box went straight into the air and keeper Stack could only punch clear under pressure, the ball fell to substitute Frank Mulhern who sent a drive us wide of the target from the edge of the Eastleigh area.

Former Bradford City player Mark Yeates gave the referee a difficult decision to make on sixty-eight minutes, when he collected the ball inside the area and went down under a challenge from Connor Brown and John Rooney.  However the referee waved away the appeal from Yeates and Connor Brown cleared the ball away from the danger area.

On eighty-five minutes, Jake Lawlor should have given the home side the lead and three points, when the ball arrived at his feet five yards out, but his first time shot went out for a goal kick after clipping the top of the crossbar. 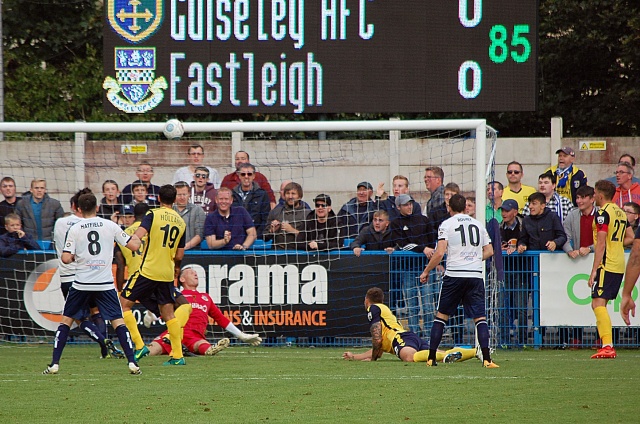 The visitors came close to winning the game in the final minute when Danny Hollands, the ex-Bournemouth midfielder took on an audacious half-volley from the edge of the box, which forced an excellent save from Joe Green to leave the full-time score 0-0.

Speaking after the match new manager Paul Cox said, “I thought we finished the game the stronger of the two sides and we had the better chances.  I thought we had won it at the end, when Jake Lawlor put the ball over the bar from a few yards, whilst at the offer end Joe Green only had one save to make all match.

To be fair to the players, the way they have applied themselves in training this week has been amazing and it showed on the pitch this afternoon.  The players looked driven and once we start to relax more we will start turning the draws into wins and three points.” 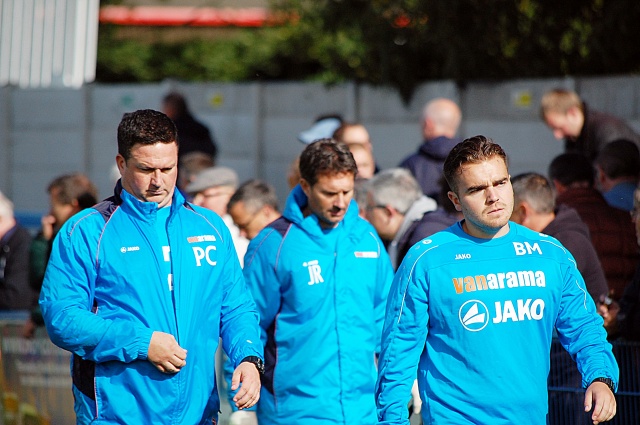 Having taken his first point as Guiseley manager, Paul Cox and his squad will now travel to Holker Street on Tuesday evening to take on his former club AFC Barrow as the Lions look for the first away win of the season.