Ex-Claret Quits Football To Save Environment

Former Clarets full-back Richard Eckersley, who made his professional debut for the then Champions Manchester United at Old Trafford has quit football at the age of 26 to set up his own zero waste environmentally friendly food business in Totnes, Devon. 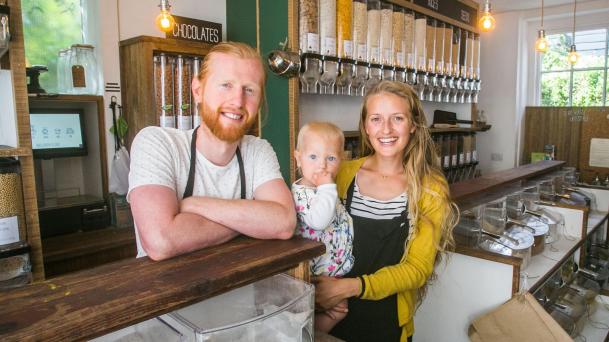 Born in Salford, Eckersley joined Manchester United at the age of seven and worked his way through the youth system before making his senior debut against Tottenham in the FA Cup, he then went on to make a further three appearances for the Old Trafford club that season as they won the Premier League title as well as the League Cup.

Despite being given a taste of first-team action by Sir Alex Ferguson he opted to leave the club after five years with the Red Devils and sign for Burnley in 2009. After a handful of appearances in his first two season loan moves he went to Plymouth, Bradford City, Bury and Toronto FC followed before the move to the MSL was made permanent. 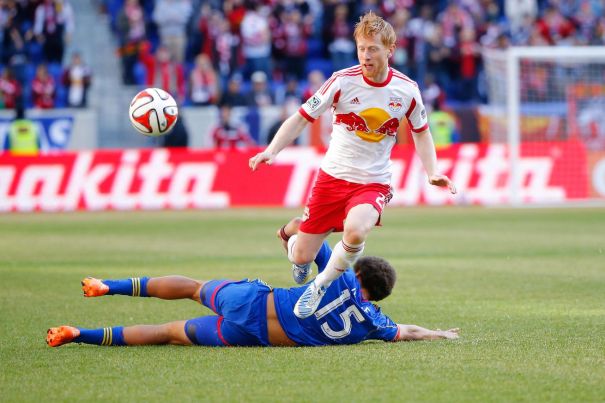 Eckersley then moved to New York Red Bulls for one season in 2014 before returning to the UK to sign for Oldham Athletic were he spent two seasons before playing his final professional game in December 2015.

Speaking about retiring and his new business Richard Eckersley said, “I was ready to leave football 100%, I think it was the right time for me, after making your debut at Old Trafford I think everything was downhill from that moment.

I had a nice home and a nice car but I would just be on my own, Nicola (my wife) would be at university and I would be thinking what can I do now.  Football wasn’t going great for me at the time, actually I was quite lonely.

I was really annoyed at football when I was in New York and I just started watching lots of documentaries, reading lots of books and it just completely opened my eyes to it all, to be honest. Once I found out football was just a sport and not the be all and end all, I think my passion for it died. 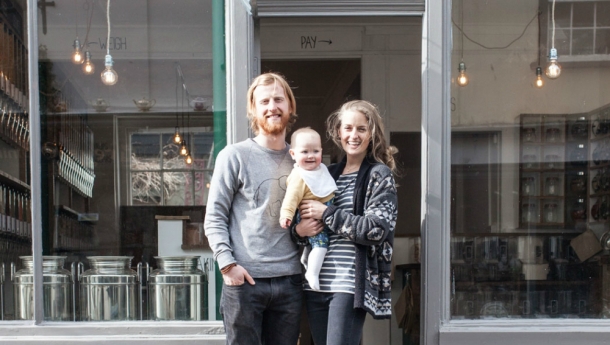 I am more passionate about the environment than football, so a year after the curtain fell on his football career, I moved down to Totnes with my wife and eight-week-old daughter Willow to open their zero waste shop.

Customers bring their own jars, bags, bottles and boxes and buy raw materials without packaging. I’am sweeping floors, mopping and doing all these other things that generally footballers wouldn’t do and I’am working in the shop full time.

Football’s incredible in the sense that it connects people all over the world, there’s so many fans out there that are so passionate about football.  But if we don’t have a planet to live on and it’s not thriving and healthy, then football doesn’t matter.”