Hebden Royd United arrived at Engine Shed Lane to face Skipton Town Ladies in their first ever West Riding County Women’s League fixture.  Unfortunately the visitors first game proved to be a very difficult match after losing a number of players to injury they finished the game with only seven players in a heavy defeat. 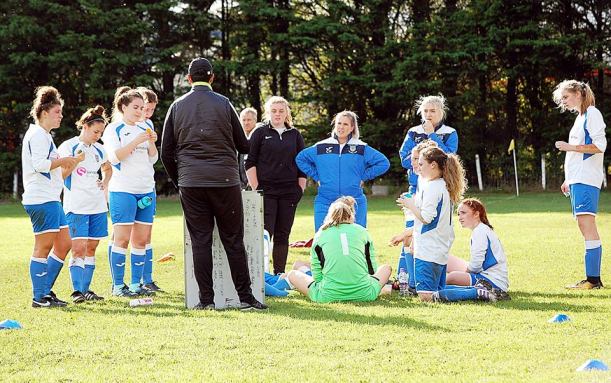 Skipton Town Ladies started the stronger of the two sides and controlled the game in the first half with some excellent passing and great attacking runs from the midfielders and strikers.  Skipton took the lead on three minutes, when Annie Riley opened the scoring before Jess Ogden scored the second goal on ten minutes to give the home side a 2-0 lead.

Annie Riley continued her excellent form in front of goal from the previous games as she extended her season’s goal tally and the home sides lead on twenty minutes.  The visitor then lost two players to injury reducing them to just eight players as Skipton continued to press and from a corner Becky Holt added a fourth goal with a tap in from six yards. 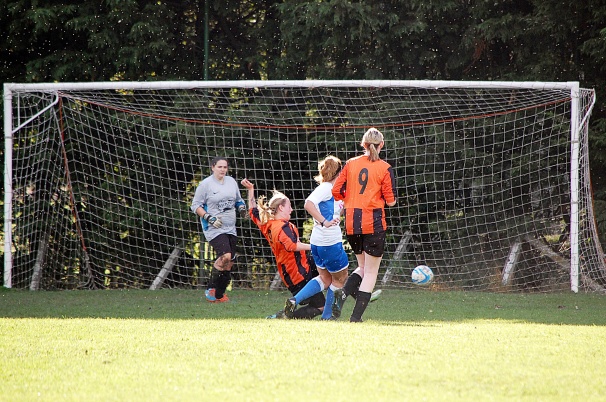 Hebden Royd then fell apart in the final ten minutes of the half, on forty minutes Lawson managed to get in between two Hebden defenders to slot the ball into the corner of the net to give Skipton a 5-0 lead.

Just two minutes later, following an excellent run a Hebden defender had a rush of blood and brought down Ogden in the area for a penalty.  Hatty Midgeley stepped forward and hit a wonderful spot kick with power and pace to the keepers top right only to see Gray in the visitors goal make a world-class one-handed save tipping the ball over the crossbar.

On forty-four minutes, Lawson added her second and Skipton’s sixth following a great defence splitting ball from Midgeley at the back, Lawson ran clear from defence before rounding Gray and slotting the ball into an empty goal to make the half-time score 6-0.

It was more of the same in the second half, as Skipton continued to work hard and play some excellent football.  Just ten minutes into the half, Riley completed her hat-trick as she skipped past the Hebden defence to slot the ball passed visiting keeper Gray to give the home side a 7-0 lead. 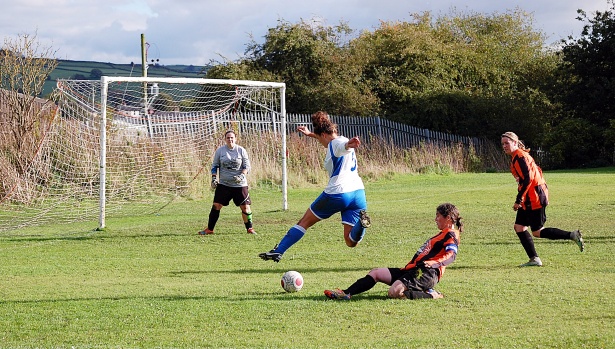 Just before the hour mark, Hebden Royd lost another player as visiting goalkeeper Gray had to leave the pitch after crashing into the post trying to save a long range effect from Becky Holt which struck the base of the visitors post.

Skipton Town extended their lead on the hour mark as Lawson was one of three Town players to beat the offside trap following a long ball over the top, Lawson got to the ball first and slotted it passed the on rushing Gray to become the second Skipton player in the game to complete her hat-trick. 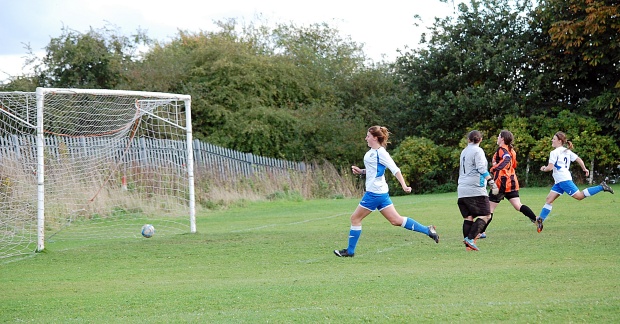 Jade Newton, now full of confidence tried her luck from the edge of the Hebden area with an outstanding overhead kick, which unfortunately went over the visitors crossbar. Then on eighty-five minutes Annie Riley manage to collect her fourth goal of the game in the eighty-fifth minute to make the final score 9-0 to Skipton Town Ladies. 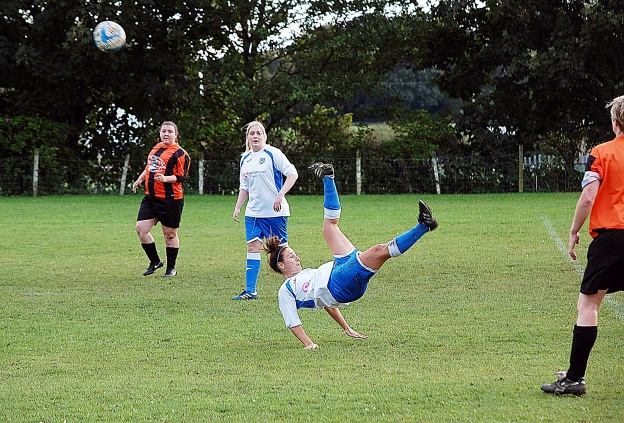 Skipton Ladies will next sunday travel to Calderdale for the reverse fixture against Hedben Royd United as they look to continue their excellent start to the season.