Guiseley AFC entertained Northern League side Shildon in the fourth qualifying round of this seasons FA Cup.  Manager Paul Cox made three new signings ahead of the game with Jean Yves Koue Niate, Chris M’Boumgou and Darren Holden all joining the club. 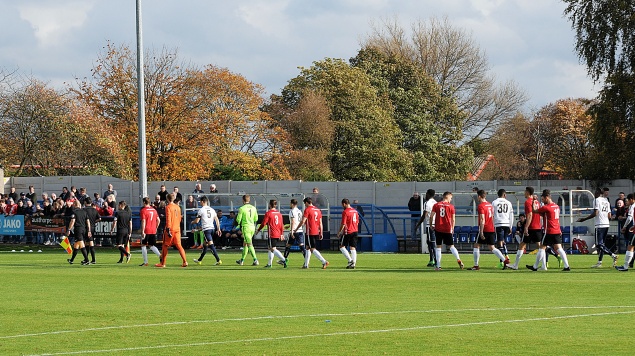 Shildon Football Club arrived at Nethermoor Park looking to cause an FA Cup shock as the Northern League Division One side who are three divisions below the Lion’s started the game the stronger of the two sides, in what turned out to be a game of two halves.

In a fairly even first-half, Shildon held their own whilst creating a few chances on Jonny Maxted’s goal.  The visitors had a 4-4-2 formation and kept their shape well as the home side struggled to find a way past the non-league side, due to some poor passing in a lack luster first-half performance. 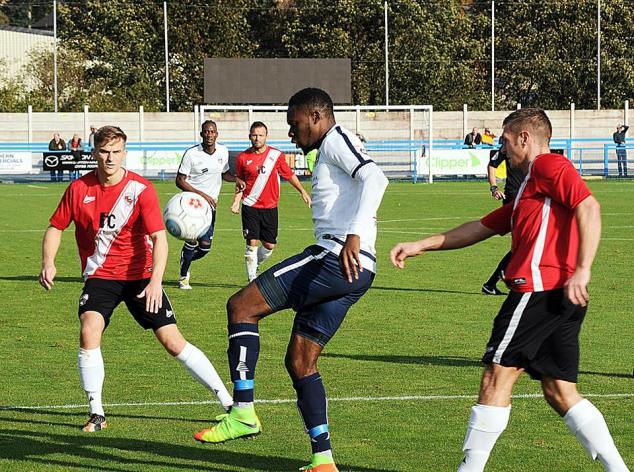 The visitors had two chances in the first half to take the lead, the first midway through the half was a headed back pass from Jake Lawlor, which went just past his own post with Maxted well beaten.  The second fell to Gruelich-Smith who shot wide from five yards.

The Lion’s under pressure from the visitors and started to rush their passes, this resulted in them having to hit long ball over the Shildon defence for the strikers to chase.  Haworth did provide a number of crosses into the visitors area but they were either to long or collected by former Burnley goalkeeper Nick Liversedge. 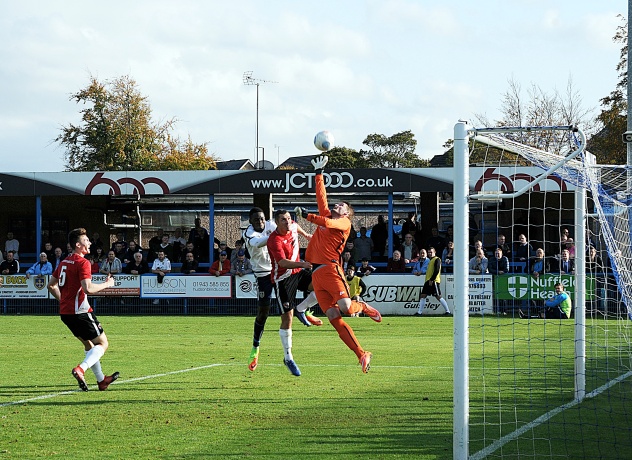 After a few words from Paul Cox the home side came out fighting in the second half and were the stronger of the two sides.  Just seven minutes into the half, Will Hatfield sent a curling pass across the area to the far post for Mike Fondop, who tapped the ball past Nick Liversedge in the visitors goal to make the score 1-0 to Guiseley. 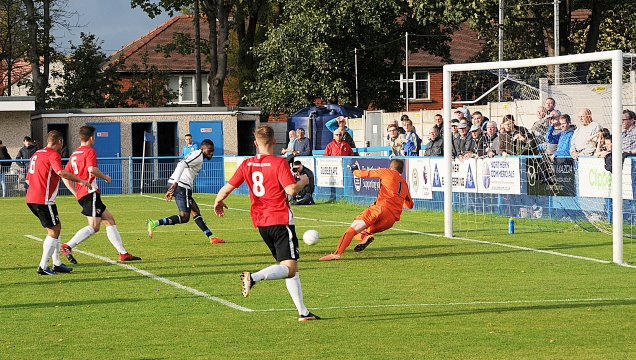 Just three minutes later, Mike Fondop turned provider as he drew two defenders before slipping the ball to Andy Haworth who chipped the ball over the advancing Liversedge into an empty goal to give the home side a 2-0 lead. 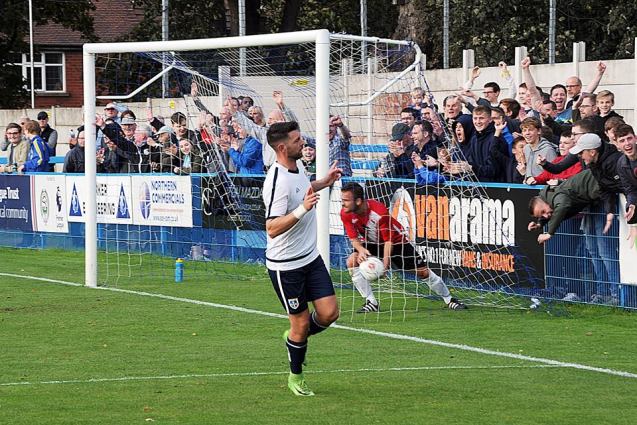 The turning point of the game came on sixty-one minutes, as Mike Fondop ran with the ball into the Shildon area only for him to be brought down by defender Kyle May who received a straight red card.  John Rooney stepped up to take the penalty and sent Nick Liversedge the wrong way to make the score 3-0 to Guiseley.

As the game entered into the final twenty minutes the visitors started to look a little tired and substitute Reece Thompson went close to extending the lead following an excellent run into the area, but his shot went just wide of Liversedge right-hand post.

On seven-one minutes, Will Hatfield extended the home sides lead with an excellent shot from the left-hand corner of the area, the powerful shot left Liversedge with no chance as it kept low across the area and into the far corner of the goal to make it 4-0.

As the game entered the final ten minutes and the visitors started to run out of steam, Will Hatfield managed to beat two Shildon defenders to the ball and tap it into the goal past Liversedge to make the score 5-0.

In the first minute of injury time, Mike Fondop added his second and Guiseley’s sixth of the match to make it a comfortable victory.  In truth the first fifty-five minutes were a lot closer than the score line suggests and Shildon can be proud of their efforts.

The Lion’s will now be looking for a big club at home in the first round draw which takes place on Monday evening at 7.00pm.  Guiseley will be in acation against Solihull Moors next Saturday at Nethermoor Park in the Vanarama League looking to continue their winning run. 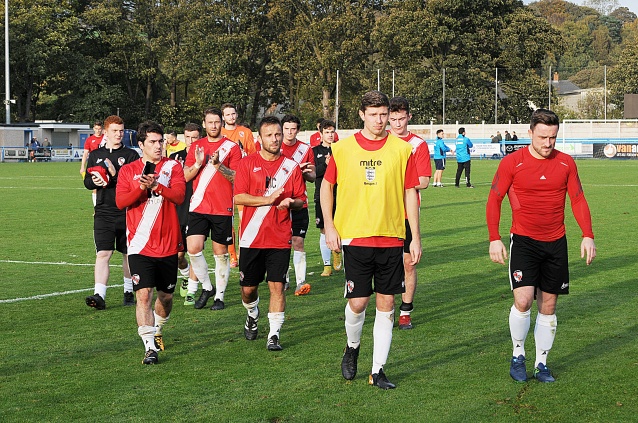 Speaking after the match manager Paul Cox said, “We know coming into the game that we would have to respect the fixture and I thought our second half performance warranted us going through to the next round.  In the first half we did little with or without the ball, the sending off changed the game and we took control with a much better in the second half.

I have bought in another three players this week to add to the squad, otherwise we would not have been able to fill the bench today due to all of the injuries. Darren Holden had an excellent debut at left-back, having played in the football league with Hartlepool United he is already a top player but he will improve after we have worked together in training.”