High flying Accrington Stanley arrived at Nethermoor Park this weekend for the first round of this seasons FA Cup, the Sky Bet League Two side are currently second in the division and manager John Coleman selected a full strength team to face the Lions. 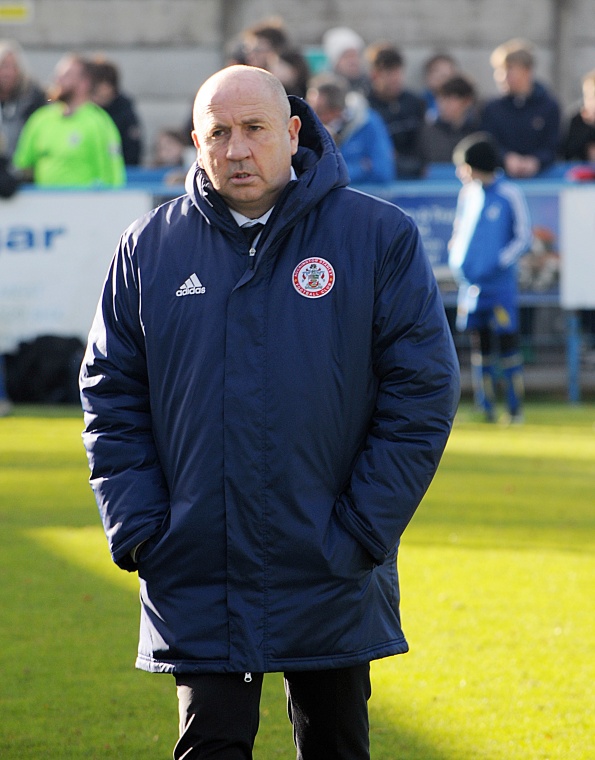 Accrington started the stronger of the two teams and should have taken the lead in the first minute, when former Guiseley striker Kayden Jackson put the ball over the bar from four yards with the goal at his mercy.

In the opening ten minutes, Jackson continued to trouble the home sides back four with some excellent runs through the middle of the park and out wide.  However his final pass or shot never really tested the National sides defence or goalkeeper. 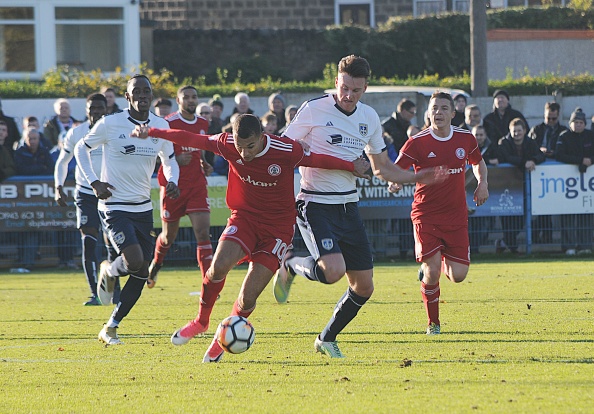 Guiseley grew into the match and Mike Fondop had Aaron Chapman in the Stanley goal at full stretch to push his header around the post, before Lenighan was shown a yellow card for an overhead kick in six yard box.

The home side continued to press and Jake Lawlor then had Chapman clawing his effort away from the top corner of his goal and away for a corner.  Chapman also did well to keep out Kevan Hurst’s looping shot that had taken a deflection off a visiting defender just before the break.

The second half continued in much the same way as the first with both sides battle for the opening goal in a fairly even game. Fondop brought another save out of Chapman as the striker lofted another shot just the wrong side of the post early in the half.

The home side then had keeper Jon Maxted to thank as he tipped the ball onto the bar following a sliced clearance from M’Boungou which could have easily been an own goal.

Lee Molyneux was next to try his luck for the Lions with a chip that sailed wide and Billy Kee missed a glorious opportunity for the visitors at the close when he stole in on the blind side only to hit his shot way over the bar from twelve yards out.

The final effort of the match fell to the home side when Lenighan curled a shot from the edge of the visitors area which took a deflection and went just wide of Chapman’s post and out for a corner to make the final score 0-0.

Today was for the supporters and us trying to get a smile on their faces by reaching the second round, we have had a good go at Accrington today we have not sat back and to be fair we could have scored three goals today. Will go over to Accrington next week which will be another tough game and we will see what happens.” 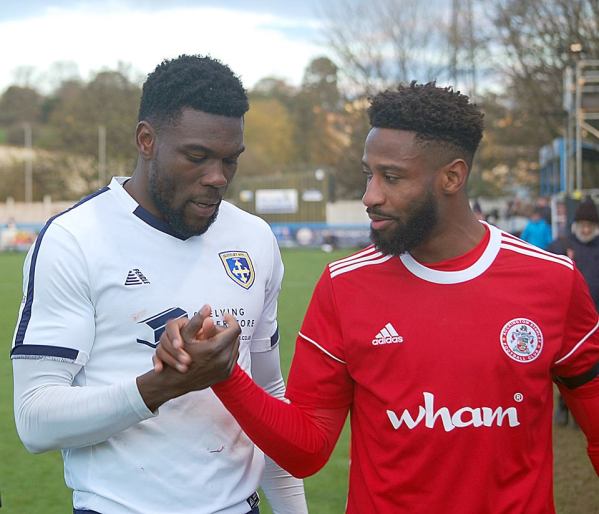 Guiseley will now travel to the Wham Stadium for an FA Cup first round replay on the evening of the 14th November, the winners will travel to Field Mill to face Paul Cox’s former side Mansfield Town in the second round.