As a freelance sports photographer, I have visited a number of sporting events across the country that to be honest turnout to be just another event or another football match that you have visited as part of your role as a sports photograph.  That changed for me at the start of this football season, when I had my first visit to Steeton AFC, the club has a real community feel that is both welcoming and friendly as they look to build the club.

This week, I heard the very sad news that the club president David Baxter had passed away after a short illness aged eighty-nine. David had been part of Steeton Football Club since 1948, first as a player before taking on off-field roles as club treasurer & president.

David was the driving force behind the club’s fund-raising for many years, selling raffle tickets and running the Craven pools and having spent almost seventy years with one club, he can defiantly be classed as a true Steeton AFC Legend. 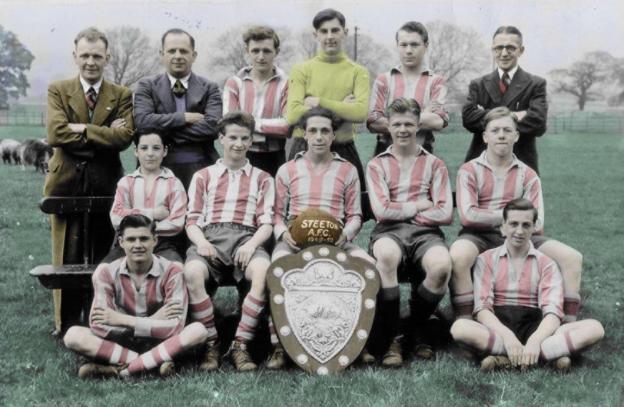 David first joined Steeton AFC as a thirteen year old playing left-back for the minors before being spotted by Jack Fortune and selected for the first team, he eventually went on to become the club captain in the 1950’s.  After hanging up his boots he joined the club’s committee and even spent time as joint manager of the club.

As a member of the committee in 1969 he was an integral part of moving the club from its old home where Airedale Hospital is now to the current ground at Summerhill Lane which meant the club had its own pavilion and pitch.  David was honoured with a prestigious Football Association 50 years’ long service award in 2007 and only last month, Steeton recognised David’s achievements with the unveiling of a plaque at the ground. 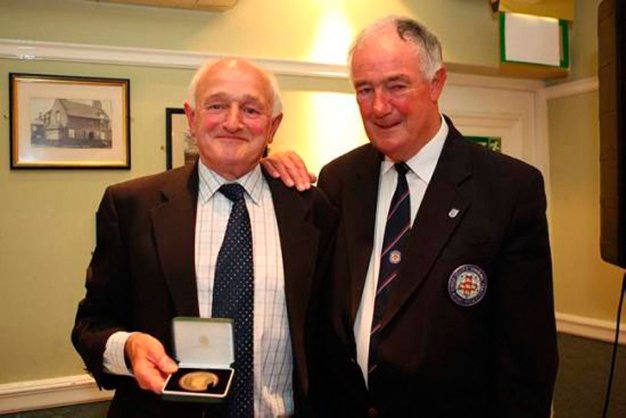 After a tough week, it will become even more difficult on Saturday as the club say’s goodbye to someone who has simply given his whole life to serving, promoting and supporting Steeton AFC.  As a further mark of respect the club has this week produced a programme that features Davis Baxter for the home game against Thornton United. 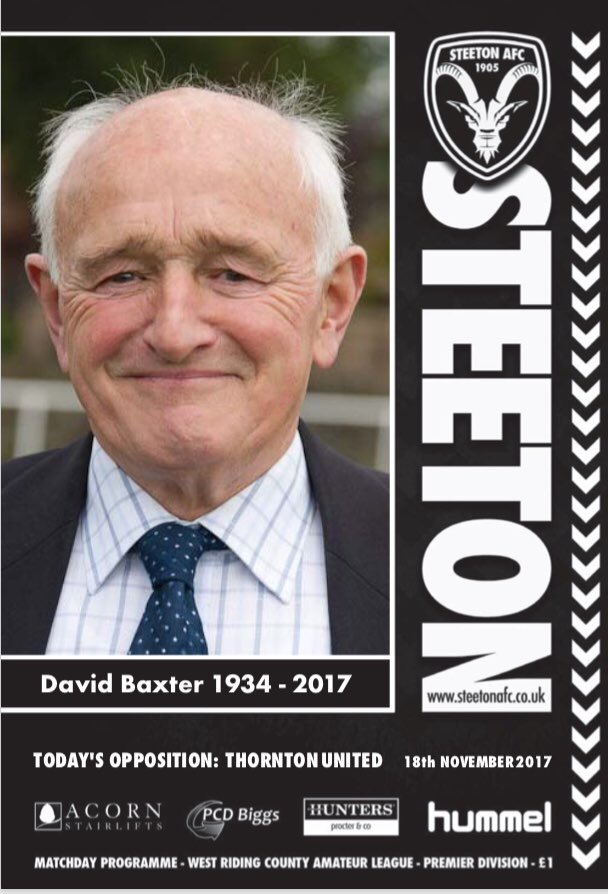 Myself, I was due to cover Burnley v Swansea City in the Premier League but after hearing the sad news this week, I will now be attending Steeton’s home fixture standing alongside Roy Mason squad to pay my respects to a true club legend in Mr David Baxter.