Burnley Football Club have this afternoon confirmed that defender Harry Flowers has left Turf Moor to join Vanarama National League side Guiseley AFC. Flowers has signed for the West Yorkshire club on a permanent basis, ending a ten month stay at Turf Moor with the Clarets. 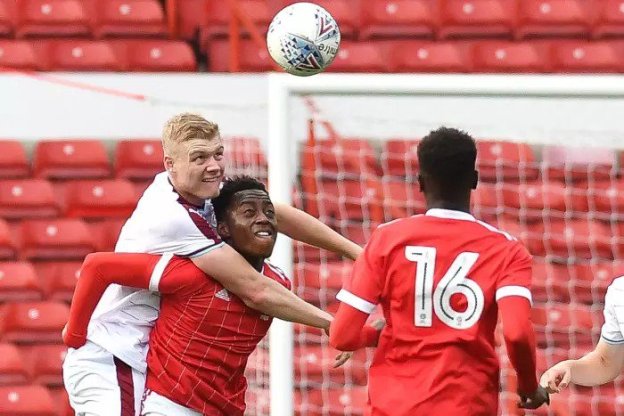 Flowers, the grandson of former England World Cup winner and Wolves legend Ron Flowers moved to Burnley from Midland League Premier Division side Brocton Football Club. He was a regular for the Clarets’ under-23 side this season but now gets the chance to pursue a first-team career with the Lions.

Flowers’ departure to Guiseley follows Alex Whitmore’s permanent move to Chesterfield as the Clarets allow some of their young players to move elsewhere, whilst opening up opportunities for others at Turf Moor.