Gareth Southgate this afternoon announced his latest England International squad to face the Netherlands in Amsterdam and Italy at Wembley before the end of March.  Southgate has selected four uncapped players within his squad including Alfie Mawson (Swansea), Lewis Cook (Bournemouth) and Clarets duo Nick Pope and James Tarkowski.

Nick Pope has taken his chance this season since an injury to England international and Burnley club captain Tom Heaton last September, the Clarets’ goalkeeper has since kept eleven clean sheets in the Premier League to help Burnley reach seventh spot and earn himself a place in the 27-man squad named by Southgate, who is a regular at Turf Moor.

Pope, started his career at Ipswich Town’s youth team and after being released at the age of sixteen he joined non-league Bury Town.  He then signed for Sky Bet League One side Charlton Athletic in May 2011, before having loan spells with Harrow Borough, Welling United, Cambridge United, Aldershot Town, York City and Bury Football Club.  He then joined Burnley in July 2016 and this season he has gone on to become the club’s first choice goalkeeper in the Premier League following the injury to Tom Heaton.

Speaking about his international call up Nick Pope said, “Getting selected to play for your country is the pinnacle, so to be selected for your country is a massive honour.  Being in the non-league with Bury Town seems a long way away now and in those times you don’t think things like this are even possible.  They are so far from your mind, so to get to this point is a massive achievement and something I’m really proud of and to share this with my family and friends is something I can’t wait do.” 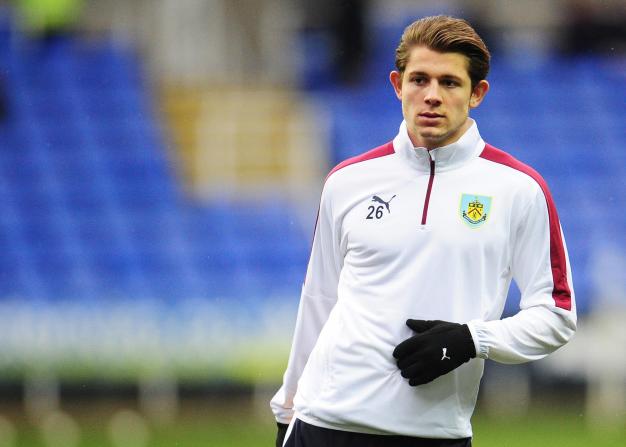 James Tarkowski started his career at Oldham Athletic on a two-year scholarship in May 2009, before making his reserve team debut in October. He made his first team debut for the club against Plymouth Argyle in January 2011, he went onto make 72 appearances for the Latics scoring 5 goals. Then on transfer deadline day in January 2014 he made the decision to leave Boundary Park for Brentford.

Having joined Brentford on a three and a half year deal, Tarkowski spent two seasons as the clubs first choice centre-half making 70 appearances, scoring 4 goals before a move to the Premier League was to bigger offer to turn down and he joined the clarets in July 2016.  In his first season at Turf Moor he struggled to hold down a first team place, but once Michael Keane left Burnley he become the club first choice centre-back alongside Ben Mee.

Speaking about his international call up James Tarkowski said, “You work hard all your life and all your career and probably for me and Nick, five or six years ago when you’re down in League One, you probably don’t expect to get to this level of the game. So to get that call-up is a very pleasing moment for me and my family and friends.

You always dream of it but it always seems quite far away. It’s probably only really this season for both of us, when we’ve got into the team in the Premier League and done well as a club. It’s a bit unexpected but you work all your life to get to these kind of moments and It’s a nice reward now, but I don’t think the work stops there. There’s a long way to go yet, so just enjoy the moment but don’t take it for granted because it can easily be taken away from you.”