Guiseley AFC have today confirmed the signing of winger Ellis Hudson on loan until the end of the season from Sky Bet League One Bradford City.  Hudson has come through the youth academy at Valley Parade and won a professional contract in September 2016. 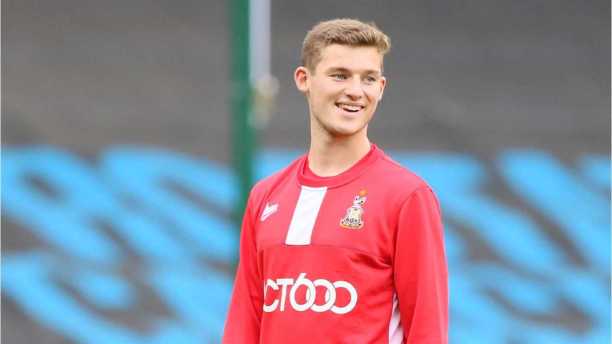 The Bradford-born former Bingley Grammar School pupil made his City senior debut in the Checkatrade Trophy against Stoke City U23 coming on as a second-half substitute. In November 2017, he went out on loan to Harrogate Town making 2 appearances for them before returning to Valley Parade.

Hudson finished last season winning the Bradford City Academy Player of the Year and he will now join the Lions squad for the trip to Torquay United as they look for an away victory and three points as they fight against relegation.