Scarborough Athletic welcomed Brighouse Town to the Flamingo Land Stadium this weekend, as the high-flying promotion chasing Seagulls looked to collect three points against a struggling Brighouse Town side currently twenty-first in the Evo-Stick North. 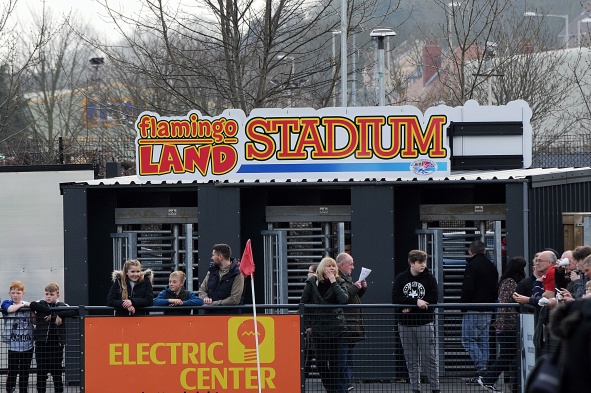 Steve Kittrick made a number of changes with Luke Dean and Chris Dawson returning to the starting XI after being rested against Radcliffe Borough last week, whilst Tom White and Jamie Price were the players to make way.

The first ten minutes of the game were fairly even as Boro struggled to keep possession in midfield, having won two of their last three games it was Brighouse that were passing the ball better, but without creating any real efforts on the home sides goal. 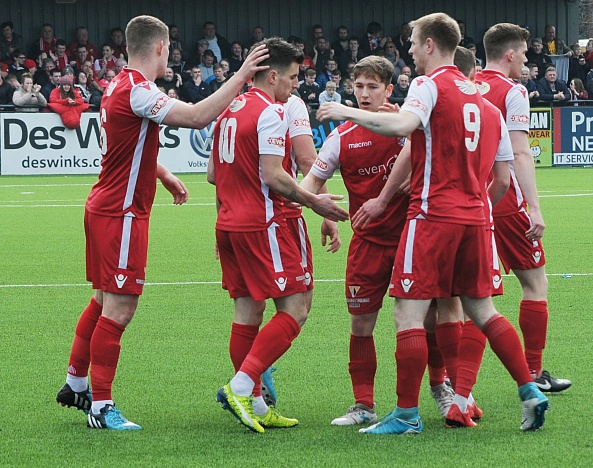 Scarborough took the lead on thirteen minutes, following an excellent run down the right-wing by Max Wright who in turn found Michael Coulson on the edge of the visitors area, he turned his marker before drilling the ball into the bottom corner beyond young keeper George Clarke to make the score 1-0.

Despite going behind, Brighouse responded well and went close to levelling the score midway through the half, a flick on by Gabriel Johnson left James Hurtley six yards out with only Taylor to beat but he sent his powerful header high over the crossbar.

James Walshaw could have doubled the lead with a powerful downward header but it was brilliantly blocked on the line by a combination of the Brighouse keeper and a couple of defenders to keep the score at 1-0.

Action soon switched to the other end though as Brighouse continued to heap pressure on the Boro defence and carve out some good chances. The best of which fell to Gabriel Johnson as he seized on a collision between Tommy Taylor and Josh Snowden, the ball bounced out to the striker but his shot was blocked on the line by Bailey Gooda.

The collision left Snowden with a back injury and the defender had to be stretched off only to be replaced by Tom White, this led to Sam Hewitt moving to centre-back whilst Nathan Valentine moved to right-back and White slotting into the middle of midfield.

The changes meant it was a nervy finish to the half and in added time at the end of the first half, after a poor clearance Brighouse striker Thomas Haigh sent a deft lob in that Tommy Taylor was forced to scramble back to turn over his own crossbar. 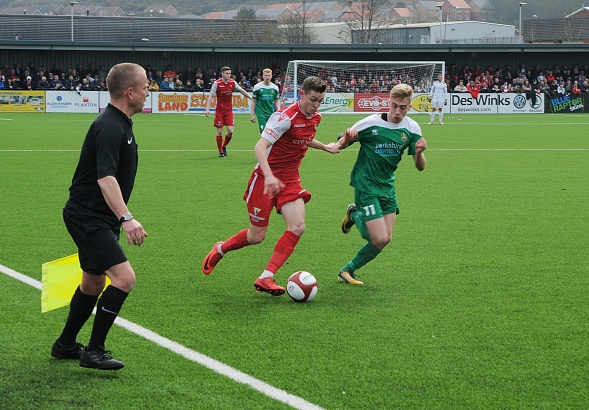 The second-half started much the same as the first with both sides battling it out in midfield with chances at either end.  Just after the hour mark, Tom White was brought down inside the penalty area and the referee pointed to the spot. It was Michael Coulson who coolly stepped up to convert the penalty on sixty-three minutes to make it 2-0.

Once the second goal was score, Scarborough came to life and played some excellent football in the second-half.  Brighouse still had their moments, but in truth they never looked like a side that could score goals and kill off the match. 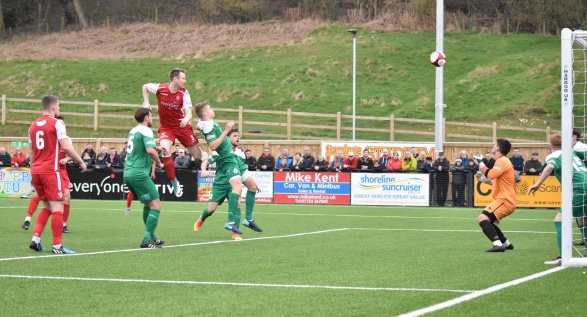 On eighty-one minutes, James Walshaw rose highest to plant a firm header into the top corner from a Michael Coulson corner, to give the home side a 3-0 lead. Walshaw made it look easy as he timed his run in to perfection to steer past goalkeeper George Clarke.

Just eight minutes later, substitute Jorome Slew rounded the scoring off in spectacular fashion as the striker bent a superb strike around the goalkeeper and into the top corner, to make the final score 4-0 to the home side.

Steve Kittrick’s side will now face two difficult games on the road, the first at Colwyn Bay on Tuesday evening before a trip to Lancashire to face Colne Football Club.  Boro now sit in an automatic promotion place, second in the league with just a fortnight of the season remaining.