This weekend Chadwick Media visited a very hot and sunny Wetherby Racecourse for a fixture that should have been staged at Thirsk Racecourse, but had to be switched due to another sporting event the Tour De Yorkshire which travelling through the town of Thirsk. 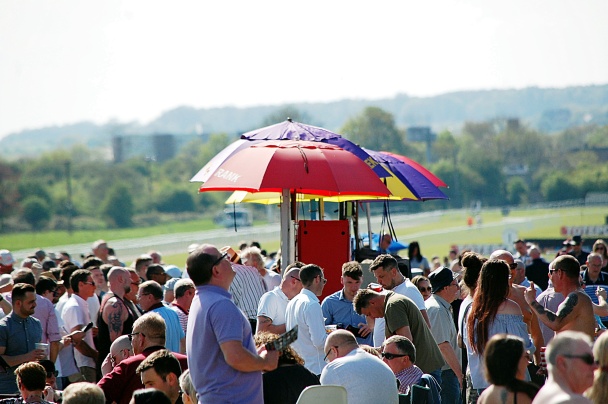 The first race of the day was the 1.25pm Home of the Placepot Handicap which featured twelve horses including Captain Swift, Urban Spirit, Hearty, Saved By the Bell, In Focus and Ejabah.  The winning horse Ingleby Hollow was ridden by jockey Daniel Tudhope whilst second place went to Allfredandnobell and in third place was Calliope.

The second race was the 7 furlong Novice Auction Stakes which featured eight horses including  Zatorius, Broken Wings, Lord Guest, Harbour Sunrise and Austellus.  The winning horse was Symposing ridden by James Sulliven by half a length followed by May  Symphoic in second and Busby in third place. 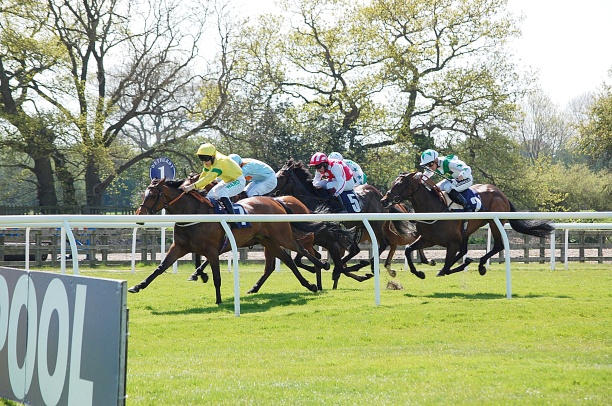 The third race of the afternoon was the 2.30pm Free Bet Handicap which was run over one mile and two furlongs, the race included I’m Improving, Rare Groove, Indomeneo and Dr Richard Kimble.  However the three placed horses were first Mr Reckless ridden by Dougie Castello, second was Istanbull Sultan and in third place was Dawn Dancer.

The big race of the day was the Hunt Cup Handicap which was run over one mile and had fifteen runners including What’s the Story, Humbert, Wahash, Withernsea, Fayez, King’s Pavillion, King’s Gift, Mutamaded, Just Hiss, Elusive Heights, London Protocol and Rousayan.  The winner Original Choice was ridden by Ben Curtis, with second place going to Hayadh and third place was Gulf of Poets which was ridden by Nathan Evans. 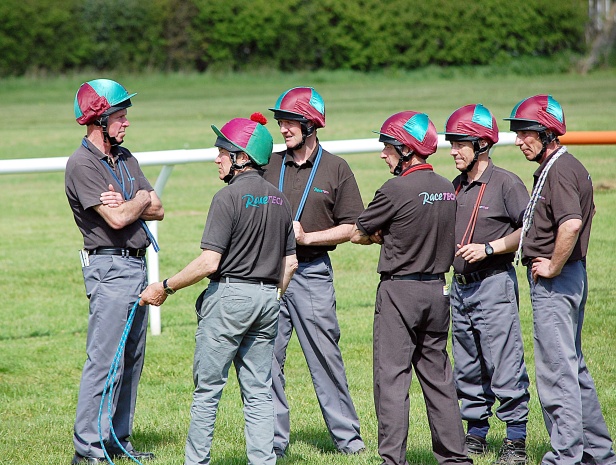 The fifth race of the day was the seven furlong Bet-In-Play Fillies Handicap which started at 3.45pm, the race included five starters and the winning jockey Rossa Ryan rode home Pepita the 5/2 favourite.  The race also included Brookholes, Castle Hill Cassie, Caridade and Made of Honour.

The Novice Stakes were next on the racing card at 4.20pm the race included ten horses and was run over one miles and two furlongs.  The field included Keswick, Bittersweet,  Long John Silver, Scottsdale, Cuckoo’s Calling, Rip Van Go and Late for the Sky, with the top three placings going to Genetics in third, Helioblu Bareliere in second and the winner was Fujaira Prince ridden by Jack Mitchell.

The second to last race of the day was the one mile two furlong Novice Stakes which started at 4.55pm, the race had eight starters including Forbidding, Haafaprincess, Lolani, Kindler and Penistone.  The winner of the race was Titus with second place going to Saroog and the third placing going to Alwaysandforever.

The last race of the day was the Apprentice Handicap over five furlongs which was won by jockey Kieran Schofield on 18/1 Imperial Legend, second place went to Robbian and third Spirit of Zebedee.  The race also included Snow Excuse, Little Miss Lola, Celerity, Mitchum, The Hooded Claw, Archie Stevens and Henrietta’s Dream.