Ashton Athletic arrived at the Silentnight Stadium for the final Hallmark Security Premier League match of the season, with both sides safe in mid-table and the home side without a management team the match turned into a typical end of season game.

The visitors started the match the stronger of the two sides and were controlling the game from midfield, both Regan and Watson were winning the second balls whilst creating a number of excellent opportunities for the strikers.

On twenty-two minutes, the visitors took the lead when the ball was chipped over the top of the home defence and bounced inside the Barnoldswick area.  Cocker in the home goal jumped to collect the ball and was challenged by Korie-Butler which looked like a foul, but the referee waved play on and Korie-Butler put the ball into an empty net to make it 1-0.

On forty-one minutes, following a long ball over the top Zak Dale out paced the last man into the area, before firing the ball past Pearson into the visitors goal to make the half-time score 1-1. 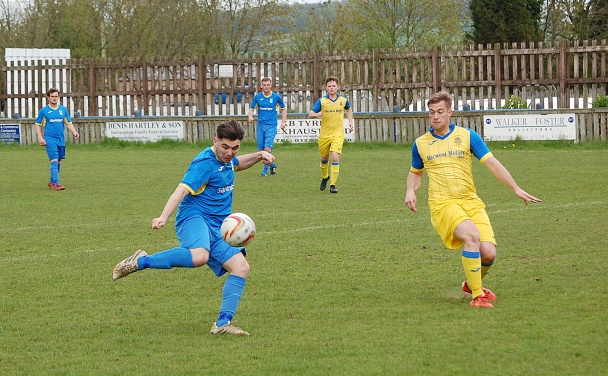 The second-half started much the same as the first with the visitors on top, however the Barnoldswick did create some chances in front of the goal but they failed to make them count.  Then on sixty-six minutes, a cross into the home penalty area was turned into his own goal by Hill to put the visitor back into a 2-1 lead. 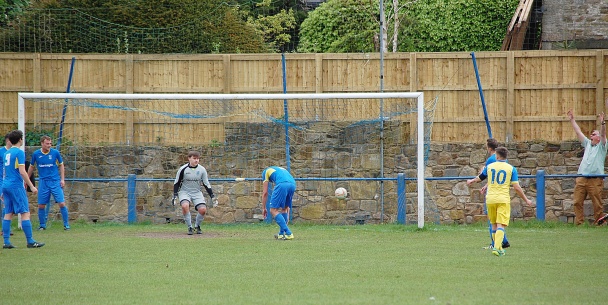 The final thirty minutes of the game turned into more of a training match with very few attempts on goal and more of a midfield game. The visitors did add to the scoring again on eighty-eight minutes to make the final score 3-1. 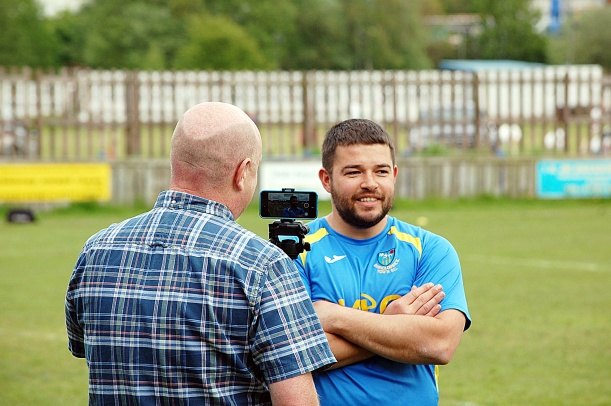 The club will look to rebuild over the summer as they search for a new management team following the resignation of manager Danny Craig at the start of the week. Craig’s assistant manager Paul Cruz took caretaker charge for this afternoon match, but he has also resigned from the club earlier in the week and has left the club following the match.