Steeton AFC have this morning confirmed they have been promoted to the North West Counties Hallmark Security League Division One North for the 2018-19 season. The move from the West Riding County Amateur Premier Division caps off a superb season by Roy Mason’s squad as they won the West Riding County Premier Division League Cup as well as lifting the Keighley & District FA Challenge Cup. 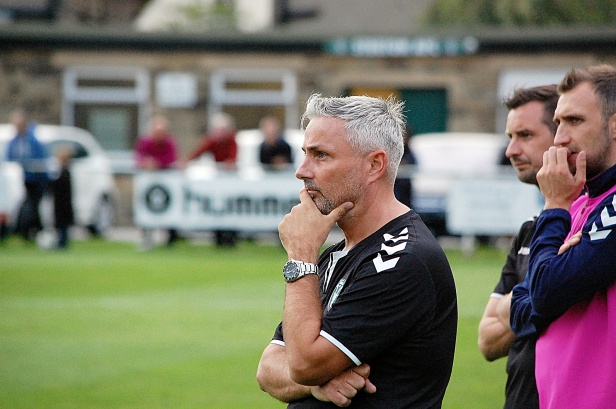 A statement from Steeton AFC this morning said: “We are delighted to announce that our promotion to the North West Counties Hallmark Security League Division One North has today been confirmed by the Football Association.  The promotion will see the first team move to Cougar Park and ground share with Keighley Cougars. However our reserve and U18 and newly formed U16 teams will all continue to play at Summerhill Lane.

After thirty-three years as members of The West Riding County Amateur League we feel that the time is now right for the club to make the progression to the next level. This is a very exciting time for the club and we would urge both local business and the people of Keighley to get behind us and support this new venture.

We would like to thank everyone who has worked hard behind the scenes to make this happen and we look forward to working with Keighley Cougars to provide Keighley with two sporting teams that they can be proud of.”